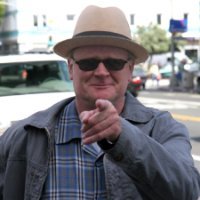 Todd Christensen is a Feature Location Manager and Artist. A UNM Alumni and long time resident of Taos then Texas, NYC and Los Angeles and now Santa Fe. He has worked on such features as ‘As Good as it Get”, Syriana, Hollywoodland, There Will Be Blood, In the Valley of Elah, Moneyball and the Hunger Games. He just finished working on ‘Cosmos – A Spacetime Odyssey’ a documentary series which will air on Fox March 9th. He is also a painter who has been in over 50 showings over a 38 yr span. Todd moved back to New Mexico and Santa Fe in 2006 and has not looked back. He has two sons – one in Taos and the other on a mountain in Montana. Given his movie history he is honored to be on the board of the SFFF and looks forward to its continued progress and success.