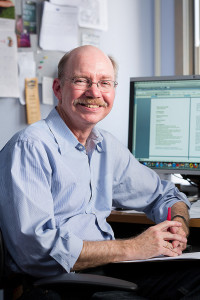 Terry Borst is a professional screenwriter, Writers Guild of America member, and professor of screenwriting at Santa Fe University of Art and Design. His screen credits include many episodes of the long-running BBC series BUGS; MIDNIGHT RUNAROUND, the TV movie sequel to MIDNIGHT RUN; and two of the most popular video games of the late 1990s, WING COMMANDER III and WING COMMANDER IV. He has authored 3 books on media content development, and has mentored undergraduates who have achieved their own acclaim as independent filmmakers, YouTube stars, and network development executives.”