AN INTERVIEW WITH MICHAEL FITZGERALD

INTERVIEW WITH MICHAEL FITZGERALD
[Taos film producer Michael Fitzgerald is the subject of a retrospective at the 2014 Santa Fe Film Festival, with the showing of his films “Pledge,” “The Three Burials of Melquidas Estrada” and “Closer to the Moon.” He was interviewed by Diane Thomas.]

RELATED: Read Diane Thomas’s and Bill Osher’s review of Closer to the Moon

DT: Your email said you were cooking this afternoon for dinner guests. What led you to get into cooking?

MF: When you make a movie, it can take a year before you see the finished product. With cooking you get to see it right away. It’s instant gratification.

DT: Being from Georgia, I’m a great fan of the film you produced from Flannery O’Connor’s novel Wise Blood. What drew you to that particular work for your first film?

MF: My parents were very close to her. They were her literary executors.

DT: Your father was the poet Robert Fitzgerald, perhaps best known for his translations of The Odyssey and The Iliad and named Poet Laureate of the U.S. shortly before his death in 1985. How did having a poet for a father influence your filmmaking?

MF: It gave me a literary background and a sense of what might be beautiful.

DT: I thought I saw a common thread of themes between the films you’ve chosen to produce, but I’m not sure. Is there?

MF: I don’t think so. I get interested in something for a film when I read it and find myself thinking I would like to see it. If I don’t make it into a movie, then I won’t see it. That’s what’s common to all of them, but then I became interested in each one for a particular reason. In Under the Volcano I was drawn to the theme of a man struggling with his demons.

In The Pledge, which Sean Penn directed, it was the introduction of the element of chance into the detective-story genre that interested me, and the fact that the protagonist and the antagonist never meet, which is highly unusual in those types of stories. Color me Kubrick was based on a true incident that ruined [director] Stanley Kubrick’s later life.

What attracted me to “The Three Burials of Melquiades Estrada,” which Tommy Lee Jones directed, were its explorations of the importance of loyalty and friendship and of carrying out promises. “Closer to the Moon” looks at people who are living in a system where there’s no more place for them. They become disappointed with their situation and decide to stick it to the system.

DT: What made you want to work with Romanian director Nae Carnafil?

MF: Nae had a lightness of touch that appealed to me. I saw in his work the same tone that [Czechoslovakian New Wave director] Milos Forman had before he came to the U.S. He was saying life isn’t all gloom and doom, and so comedy and tragedy can exist side by side in the same film.

DT: Tell me some more about “Closer to the Moon.”

MF: It’s a true story. The black and white film we show at the end, with the credits, is from the real propaganda film. Cinema to reality, wheels within wheels. It’s a film about people who pretend to make a film and then are forced to make another. The whole idea has a lightheartedness about it. Life is full of moments of grace under impossible circumstances. Nae is a devotee of Billy Wilder.

DT: How did you get started in filmmaking?

MF: My first partner and mentor was John Huston. I started out as a writer, wrote the screenplay to “Wise Blood.”

DT: What do you think may be the most important thing to remember when you’re making a film?

MF: I believe it’s pointless to make a film without the best people to do it. If you make a mistake in casting, you can’t make up for it. That’s also true for the shooting, the music, and everything else.

DT: What, generally, is your relationship to the directors you work with?

DT: What’s your next film?

MF: “The Homesman,” with Tommy Lee Jones and Meryl Streep. It’s about women on the frontier. I’m taking it to Cannes in mid-May and it’ll be released in the U.S. this fall. Then I’m working with Godfrey Reggio on a film called “Time.” He’s the Santa Fe director who made the three-film series, “Life Out of Balance.”

DT: Do you have any closing thoughts on filmmaking in general?

MF: To me, an independent film is a miracle every time. Each one is a prototype, made under unique conditions. It’s a venture into the unknown. My father thought that a poem might at least be an elegance and could at its best be a revelation. I’ve always thought the same about a motion picture.

DT: An elegance and a revelation. A beautiful thought to end on. Thank you. For the opportunity of talking with you—and I want to wish you the best of luck in your new ventures.

[Diane Thomas’s second novel, In Wilderness, is due out in 2015 from Penguin Random House. She is a former staff film and theater reviewer on the Atlanta Constitution newspaper and holds an MFA in Theatre and Film History and Criticism from Columbia University.]

Patrick Iverson is a designer and front-end developer whose strengths are UX, UI, logos and corporate identity, front-end development, and WordPress. Based in Santa Fe, NM, but works for clients across the country. 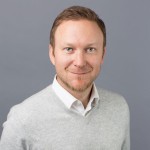