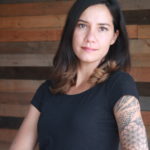 LAVA BUCKLEY Lava Buckley has been in the film industry about 18 years. She has worked in various departments of film making: accounting, director’s assistant, actor, production office/set, casting, producing, writing and editing.  Lava enjoys working both large studio and indie production projects. When she was faced with learning to walk again and not able to work in film, Lava decided to participate in the 72 Hour Shootout with the Asian American Film Lab. Her short film “Call Me Mary” placed 4th out of  400 films, won Top Ten and Most Original Use of Theme. When not obsessing over film making, Lava enjoys long hikes, traveling, studying Buddhism and hanging out with her cats.