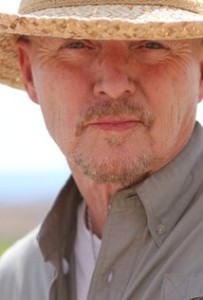 With an Academy Award-winning film, numerous platinum and gold albums, novels and screenplays to his credit, Christopher ‘Chris’ McCarty can claim a rare measure of across-the-board success. An actor of great range and sensitivity, he has credits that range from stage work at Washington’s Kennedy Center to films like Sylvester Stallone’s “Over The Top” and TV shows like “O’Hara” “St. Elsewhere” and “The Dottie West Story.” A versatile songwriter, he is equally at home writing for rock legend Steve Miller (“Swingtown”) and for country stars like Martina McBride and Highway 101.

McCarty had a co-starring role in “Session Man” which won the 1992 Oscar as Best Live Action Short Film. He co-starred in the films “Over The Top” and “The Shadow Men” and  “Split Image” and appeared most recently in the critically acclaimed Lionsgate mini-series “The Lost Room” with Julianna Margulies and Peter Krause.

He has amassed an enviable television track record, as well. He was a guest star on the highly successful NBC Movie of the Week “Desperado” and on the one-hour season and show finale of “In The Heat Of The Night.” He has had many other key roles in series like “Sidekicks,” “AfterMash,” and “The New Twilight Zone.”

As a songwriter, McCarty has joined the elite ranks of those who have composed rock classics. His “Swingtown” recorded by the Steve Miller Band, was part of the multi-platinum albums “Book Of Dreams,” Steve Miller Band Greatest Hits,” (one of the top 25 best selling albums of all time) “Steve Miller Band Box Set”, “Steve Miller Band Complete Greatest Hits” and remains in heavy rotation on classic rock radio stations today. McCarty also wrote for Miller’s “Fly Like An Eagle” (Rolling Stone ‘Album of the Year’) and “Italian X-Rays” LP’s, and he wrote three cuts for Steve Miller’s most recent original album “Wide River.” His title track “Wide River” was named Rock Song of the Year at the 27th NSAI awards.

McCarty has mixed songwriting with TV/film production in a number of ways. His “You Baby You” was featured in the 20th Century Fox film “Project X” and “A Woman Knows” in the CBS Movie Of The Week “Taking Back My Life,” and his songs have been used in numerous TV series such as HBO’s “The Sopranos” and specials, late night shows with Letterman, Leno, Kimmel and on ABC’s Monday Night Football. McCarty has also written the theme song for a national TV commercial for Ford Mustang. His radio credits include stints as a DJ on radio stations KNIX, KTBB, WLAC and a performer on National Public Radio’s “Earplay.” He has written the screenplays, “Flamenco Dancers” “The Sky Marshals” “King’s House” “The Baby Farm” and novels “I Saw The Light” “Tales From A Tourist Town” “The Classic Rock Club” as well as directed and produced two music related TV pilots.

McCarty has also returned to performing his songs in venues from Los Angeles to Austin and back up to his home in Santa Fe where he gave a highlight performance for Local 480 IATSE film union’s charity event “Give Back” featuring Jeff Bridges and the reunion of the “Crazy Heart” band. In addition, he has organized and produced (and performed at) Santa Fe musical fund raisers for the Red Cross relief efforts for the victims of Katrina and Haiti and for the ‘Wild Land Fire Fighters Foundation’ after the disastrous New Mexico fires in 2011.

A man of rare talent and versatility, with a formidable and wide-ranging track record, Chris McCarty is sure to leave his mark on the entertainment industry for some time to come