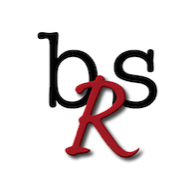 Winner of the 2015 BlackShirtReads script submission contest, Enchantment, co-written by Donald Davenport and Jeff Wood, will be directed by Veteran Television Director Vern Gillum, and performed live by professional actors.

BlackShirtReads is an opportunity for screenwriters to workshop their screenplays via professional readings and critique by industry professionals.  In January, 2016, BSR will be accepting submissions of feature-length and TV pilot scripts.  See blackshirtreads.net for more information.