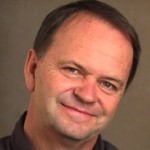 Christmas in Canaan, based on Davenport’s best-selling book, co-authored by country legend Kenny Rogers, provided Hallmark with its highest rated film of 2009 It was followed by a well-received sequel, Christmas Comes Home to Canaan, in 2011.

His most recent project was the independent feature film, Hell and Mr. Fudge, which was awarded platinum at the 2012 Houston/WorldFest Film Festival.

Davenport is a private pilot and an accomplished yachtsman. He lives with his wife, Carol, a world-ranked Ironman triathlete, in Santa Fe, New Mexico.