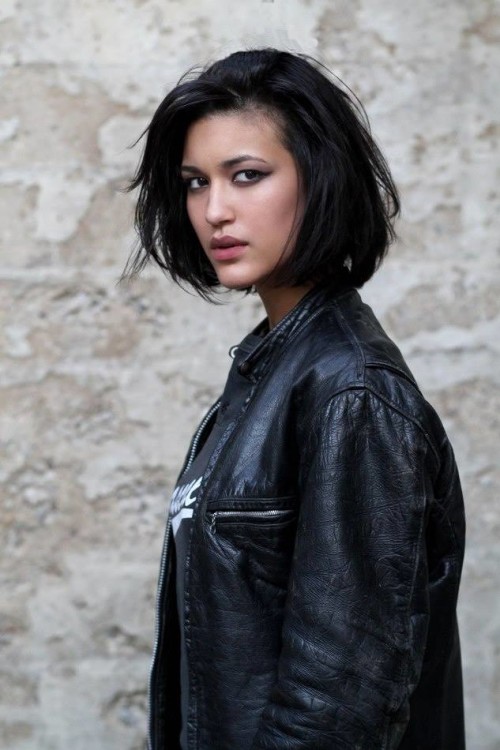 Julia Jones was born in Boston, Massachusetts. She is of Choctaw, Chickasaw, and African-American descent. Jones studied at The Boston Ballet School from the age of 4. She began working in commercials and local theatre when she was eight. Jones graduated from the historic Boston Latin School, the oldest school in America, and later Columbia University with a degree in English. She has modelled in catalogues for Levi’s, The Gap, Esprit, and L’Oreal. She appeared in Chuck Wicks‘s music video for Hold That Thought.

She appeared in a number of independent films before being cast in the Quentin Tarantino produced biker remake Hell Ride, which premiered at Sundance in 2008. She played Dr. Kaya Montoya on ER in its final two seasons. In 2009, she appeared in the Culture Clash play, Palestine, New Mexico, at the Mark Taper Forum in Los Angeles. In 2010, Jones was cast in Jonah Hex and in the last three installments of The Twilight Saga. In 2015, she played Gab on the Netflix series Longmire.