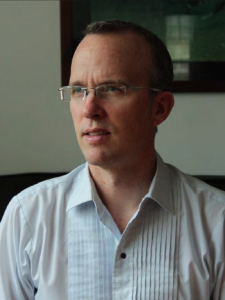 Oklahoma-born filmmaker Kyle Ham studied theatre and film at DePauw University, and film directing under Joan Scheckel and Robert Iscove. He was an associate producer on films such as Miramax’s She’s All That, and has also worked for Disney and Discovery. In 1995, Kyle began a long-term screenwriting collaboration with playwright Steve Timm. In their body of work, Kyle & Steve focus on stories that illuminate the constant, dual struggle that characters face: to come to terms simultaneously with themselves and the world around them. Kyle is now based in Baltimore/DC.