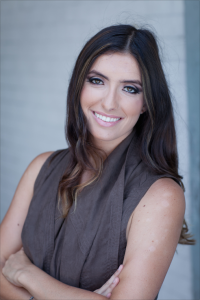 Rebecca Elena Banks was born in Santa Monica, California in July of 1994.  Banks works predominantly in film as a director and writer. She has also previously worked in producing work for dual video and sculpture installations, journalistic photography and experimental film. Banks began her art career at SAIC: The School of the Art Institute of Chicago studying 35mm film and New Media Design. Banks then moved from Chicago, IL to Indiana University of Bloomington, IN where she followed her father, Emmy nominated and acclaimed actor Jonathan Banks, into the arts. Banks had her first step into film through her involvement in the award winning AMC series Better Call Saul.  Currently, she is earning her Bachelor of Fine Arts in Production Design and a dual degree in Arts Management for Professional Arts Organizations dealing directly in film curation. Banks is also involved in the media and videography development for WTIU, virtual channel 30, a PBS member television station located in Bloomington, Indiana and the Indiana University Arts Museum.

Her artistic work has been spearheaded to comment on weighted topics in the LBGT community, views on upcoming political candidates, environmental protection awareness and the development of the fine arts in theatre and music. Banks screened her documentary “All Star Chuck”, an homage to Chuck Taylor and the converse shoe at the IU Cinema in Fall of 2014. She is now currently working on her next venture that addresses coming out stories from the LBGT community perspective in a short arts film set to be released at festival in spring of 2016. Banks currently lives in Malibu, California and continues to make films.

As a Rising Star, Banks will serve the festival as an on site director; part of the We Make Movie Makers Program geared towards building the infrastructure of the cinematic arts locally, nationally, and internationally. A music video production of Rising Star Jessie Bridges will take place during the festival directed by Rebecca Elena Banks and her crew. Guests are encouraged to attend the concert and witness movie magic in progress while competing for opportunities to be a part of the Rising Star production December 2-6, 2015 at the 15th Annual Santa Fe Film Festival.