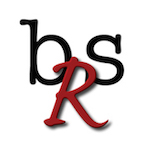 Michael Mann discovered my work in the commercial world after I shot additional footage for him on “Red Dragon.” Michael selected me as the first commercial director to direct MIAMI VICE for Universal Studios. Universal executives booked me for a second show after seeing my first day ‘s dailies. I’ve worked with Universal and Dick Wolf ever since.

Most of my credits appear on IMDb. Here’s a sample of the 100 plus network shows I’ve directed and or produced.

Made Nixon’s List with my commercials against the war in Viet Nam.

Designed and wrote a Film School Program for Gov Richardson that transformed a working television production company into a student Mentor program.

Given my experience on MIAMI VICE, LAW AND ORDER, and THE UNTOUCHABLES I was successful in convincing Gov. Richardson and the legislators that rebates on Television Series would be more lucrative for the state than Feature Film Production. We went on to rewrite the rebate program to include television production.

APACHE – Supernatural thriller about a pair of Santa Fe detectives, one Mexican the other Apache, who have a stunning arrest record. But their methods are clouded in mystery because the Apache cop is a shape-shifter.

OLD COOTS IN COWBOY BOOTS – Aged cowboy actors in Santa Fe who attempt to stay relevant in a film world that worships youth. Seth MacFarlane has asked to work with me on this project.

WILDE WEST – Feature film about Oscar Wilde’s lecture tour through the west where he crosses paths with Doc Holiday and a serial killer.

Gillum received a Bachelor of Arts Degree in Advertising from the Art Center College of Design, served as a faculty member at UCLA and the Art Center and lectured at LBJ Middle School.

TECHNICAL DIRECTOR (while in college) – Wakeford Orloff Prods – Cascade Films, Los Angeles. The term’ Technical Director’ was created so as not to conflict with any guild or union on the set. I was hired to create a ‘look’ or shots for a show that would ultimately be filmed by union cinematographers .