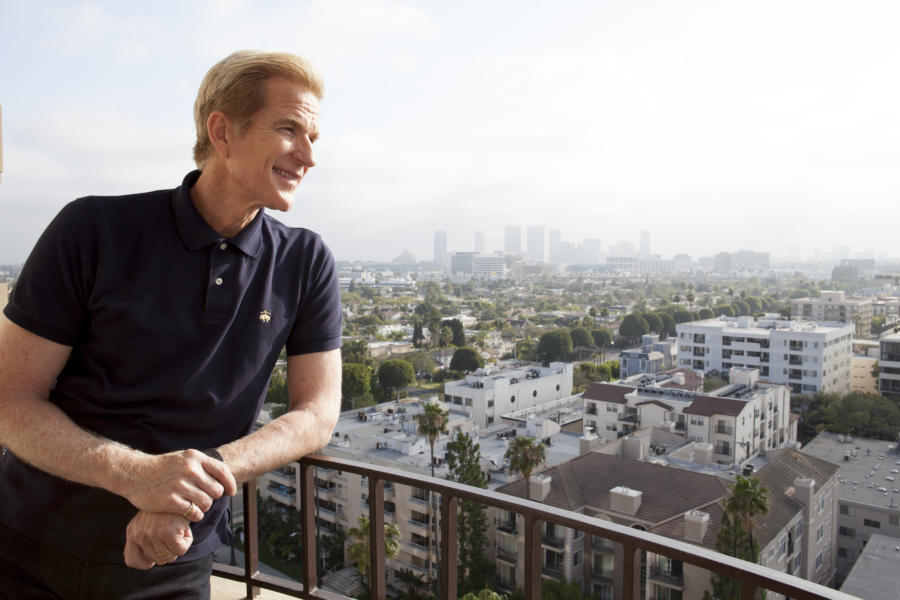 Matthew Modine has played an array of characters over the course of his acting career.

Matthew Modine poses for a portrait in in promotion of the “Full Metal Jacket” 30th reunion in Los Angeles in 2017. (Courtesy of Rebeecca Cabage/Invision)

Each role he’s taken has a purpose and intent.

The Santa Fe Film Festival is honoring Modine and his body of work by awarding him the lifetime achievement on Saturday, Feb. 15, at the Scottish Rite Temple in Santa Fe.

“While I feel I’m too young and still have a lot of important work to do, it’s quite an honor to be recognized by such a prestigious and historic film festival,” Modine says in an interview.

Along with the honor, the festival is also screening “Foster Boy,” starring Modine.

“Foster Boy” tells the story of Michael Trainer, played by Modine, who is a lawyer at the center of a trial in which a for-profit foster care agency puts a known sex offender into the same foster home as his young client Jamal, with catastrophic results.

Modine says one of the many wonderful things about art is its unique ability to bring light to darkness.

The film is based on true events that the script’s author experienced as a trail lawyer.

“It’s a painful telling of corruption within the world of foster care. My character goes from not understanding, or misunderstanding, the young man who grew up in that system and then chooses to defend him and fight that institutionalized corruption,” Modine says. “I loved Paul Newman in ‘The Verdict’ and, of course, Atticus Finch in ‘To Kill a Mockingbird’ – two classic films that changed the way audiences view certain people and their circumstances. Their characters, and mine as Trainer, brought greater fairness and justice to our society. How wonderful if ‘Foster Boy’ succeeds in doing that.”

Modine’s interest in a project is often piqued by the script.

“It all begins with the word,” he says. “The script is what excites a producer to begin the arduous journey of finding the best possible team to bring those words to life. Each creative element is crucial to a film’s success. From director to cinematographer, production designer to costume design, each person you see named in the credits of a film makes their important contribution. The actors are creative partners to each of those creative departments and then do their part to bring the words – the script – the whole thing it all began with – to life.” Modine has had a decades-long career – which isn’t easy in Hollywood.

Along the way, he’s found projects that not only challenge him, but keep him moving forward.

“It’s not been easy,” he says of his career. “It’s kinda like being out at sea in a sailboat. Sometimes there’s a gentle breeze and you get to casually enjoy the sail. Then there’s a ‘dead calm’ and the boat just floats and you’re forced to wait for some wind to get things moving again. And sometimes there’s a hellish storm that could tear your boat apart and you’ve got to navigate and deal with that. The lesson you learn is to be present and to always pay attention to the elements around you – at that moment. You can prepare for a storm – but you mustn’t worry about it. That steals your present, your now. All those past experiences – are the past. So be grateful to them – as they have prepared you for this moment. This moment is all that ever is.”

Modine is also no stranger to filming in New Mexico. He had roles in “Into the West” and “Sicario: Day of the Soldado.”

But he didn’t get much to time to explore during those projects because of the intense shooting schedules.

“I did spend time here when my father retired,” he says. “I was trying to convince him that it would be a great place to set up a small business and a new adventure. He was excited by the idea, but what he knew, and didn’t share with me, was that he didn’t have long to live. So some of my last experiences and time spent with him were in Santa Fe. Bless him.”