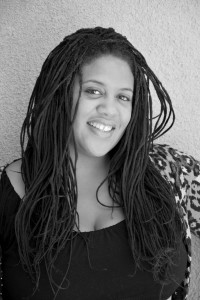 Nicole Davis is a filmmaker, artist and arts administrator originally from Minneapolis, Minnesota. She is a graduate of Santa Fe University of Art and Design’s film program, and has worked on numerous independent projects throughout her nearly 15 year career, including the critically acclaimed film Memorial Day. Her own work has been screened at the Walker Art Center, The Minnesota Science Museum, Twin Cities, as well at The Screen in Santa Fe. Nicole comes to the Santa Fe Film Festival from the Santa Fe Art Institute and prior to that, the Minnesota Film and TV Board. Nicole spent many years steeped in the mid-west film scene while attending Columbia College Chicago, specializing in cinematography and production design. Beyond her work on set, Nicole brings a plethora of administrative skills including an expertise in community engagement, education and program development surrounding the cinematic arts. In addition to her role as Administrative Manager at the Santa Fe Film Festival, Nicole is also a contributing faculty member in the Film School at Santa Fe University of Art and Design. To contact Nicole please email office@santafefilmfestival.com