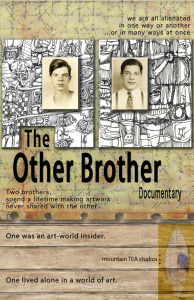 Jesse and Tom Flowers’ early backgrounds were quite similar – but not their approaches to life. This beautifully done documentary gives us a feel for the negatives and positives that go on in families; the influences of war; and the magnificent examples of the works of these extremely talented people.

This is done through beautiful paintings, sketches, interviews, letters, photos and videos.

The center of the film is Jesse, along with the various family and outside influences that impacted his unusual life. There is something about this film in terms of family relationships that can relate to everybody. A very entertaining and revealing documentary.