AFTER THE APOCALYPSE is a futuristic drama about five survivors trying to make sense of a New World after a devastating urban catastrophe challenges their basic human needs. Set in a bleak, post-urban landscape in the aftermath of the Third World War, the film presents a strangely limited environment where a single woman and four men are forced to communicate without words as a result of destructive gasses from the war. When their pasts are erased by the war, they are forced to recreate their lives both individually and collectively. 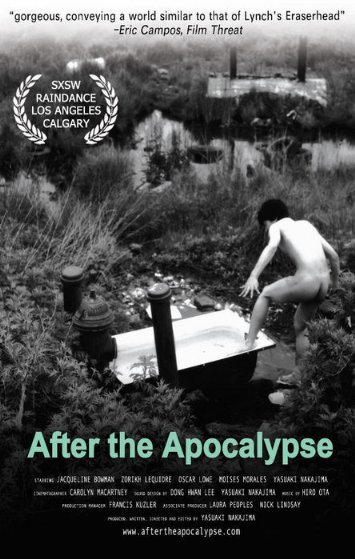