An Honest Liar is a feature documentary about the world-famous magician, escape artist, and world-renowned enemy of deception, James ‘The Amazing’ Randi. The film brings to life Randi’s intricate investigations that publicly exposed psychics, faith healers, and con-artists with quasi-religious fervor. A master deceiver who came out of the closet at age 81, Randi created fictional characters, fake psychics, and even turned his partner of 25 years, the artist Jose Alvarez, into a sham guru names Carlos. But when a shocking revelation into Randi’s personal life is discovered, it isn’t clear whether Randi is still the deceiver – or the deceived.

An Honest Liar OFFICIAL TRAILER from Justin Weinstein on Vimeo.

Shown with: Excerpt from The Gene Myth: The Evolution of a Dangerous Idea
Director: Stephanie Welch

Examines the conflict between a more equal society and justifying inequality by blaming genetic differences. 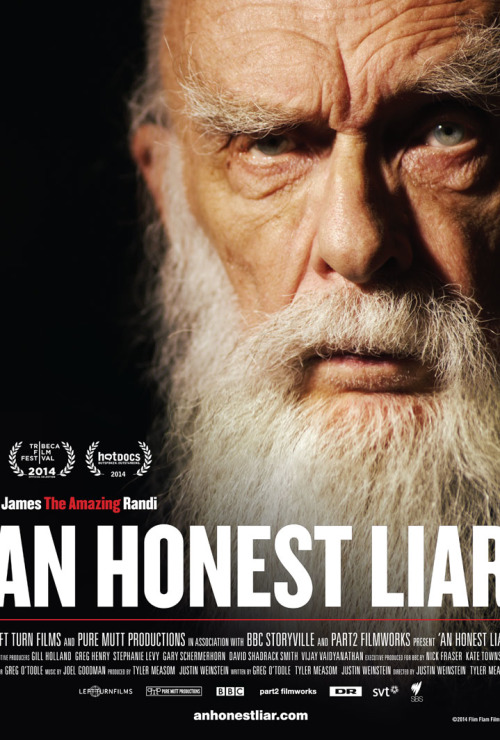