“Overcoming hardship, tragedy, and discrimination, Elena Boder embarked on a groundbreaking career as a doctor, researcher, and teacher. Now her story is being told in the new documentary, Elena.”

“Elena follows Dr. Boder from her birth in early 20th century Russia, to her work researching dyslexia and being one of the two doctors to identify the neurological disorder Atatxia-Telangiectasia. In between, the film hears from those who knew Dr. Boder best, featuring interviews with her friends, family, and colleagues.”

“Leaving her home in Russia at the height of the Bolshevik Revolution, immigrating with her father to Mexico and then the United States, and becoming friends with Frida Kahlo along the way, Dr. Boder fought adversity on her way to success. Becoming a respected doctor in a male-dominated field, Elena was able to make revolutionary contributions to research in neurological science.”

“Among Dr. Boder’s many achievements are developing popular diagnostic test for dyslexia, as well as treatments for it and other learning disabilities. Her most influential work was in identifying Atatxia-Telangiectasia, a neurological disorder, along with her colleague Dr. Robert Sedgwick. Their work greatly expanded our understanding of the disease and help guide future research.”

“Elena also looks at the tragedies faced by Dr. Boder over the course of her life: her illnesses, her difficult relationships with her husband and stepmother, and the loss of her mother and half-sisters during the Holocaust. It also follows the story of her father, Dr. David Boder, who was one of the first people to go into the Displaced Persons camps after World War II, collecting over 120 hours of interviews with survivors.” 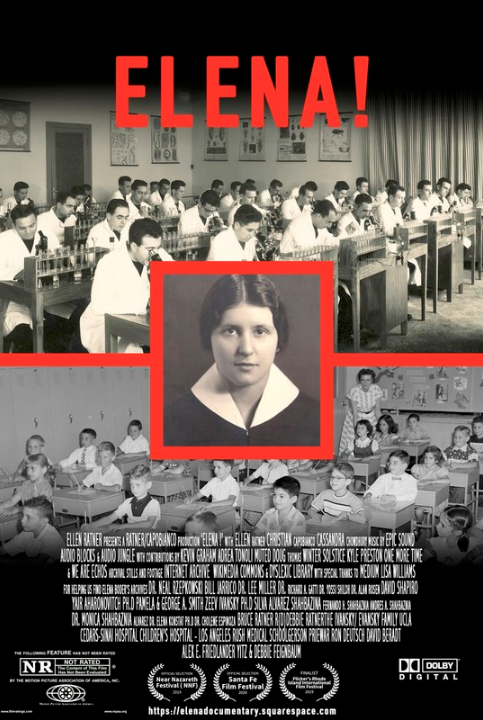