Michael returns home to Chicago from Operation Iraqi Freedom with more scars than he left with. Abused by his father, Roman, as a child, he spent his teenage years as a petty thief until he is caught and given an ultimatum, military or jail. Now, that his bloody Tour of Duty is over, he returns home to find his mother, Teresa, dead by her own hand, pushed to the brink by her abusive husband Roman. Michael vows to take vengeance for his poor mother by killing Roman. But he must have one last day with his girlfriend, Rose, a recent high school graduate who stayed loyal to Michael during his tour. But this happy reunion of young lovers takes a turn for the worst when Michael begins to show abusive behaviors toward Rose, not unlike his father’s behaviors as a child. Michael must choose to let his past go and leave his father to rot in his own hell of self torture, or join him by his side. 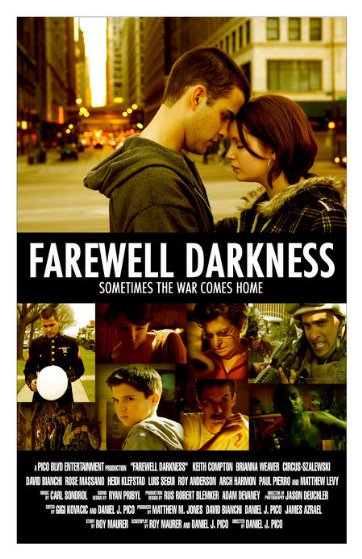