Gandhi at the Bat

Gandhi at the Bat is a newsreel-style account of the little-known (and totally fictional) incident when Mohandas K. Gandhi pinch-hit for the New York Yankees in 1933. Based on a short story by Chet Williamson that originally appeared in the New Yorker in 1983, Gandhi at the Bat is a faithful recreation of a 1930s-style newsreel. The 11-minute movie includes over 75 effects shots, done by the directors themselves, which transform the actual shooting location (a minor league ballpark in Bakersfield, California) into a faithful recreation of Yankee Stadium as it was over seventy years ago. 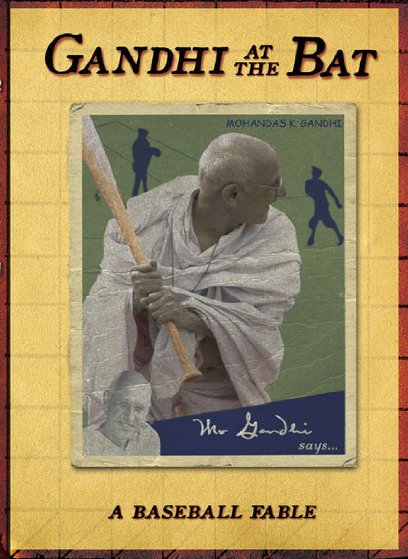