‘You won’t see me bleed… I’ll drink all my tears tonight.’

Daniel’s broad based performance abilities have secured him leading roles in high profile entertainment forums including; Australian Idol 2009 TOP 100, Dead Man Walking The Opera (2007), based on the movie with the same name; lead actor CA-CHI-PUN, a 3rd Prize winner for Tropfest Short Film Festival, as well as principal roles in RENT The Musical & Sweeney Todd. Currently working as part of the main ensemble for singing the works of Indian Guru Sri Aurobindo.

Daniel has written and produced a number of sell out performances at Cabaret Shows and is a regular guest performer at other Sydney venues and special events. Daniel also produced the entertainment segment for the 2006 Sokka Gakkai International Peace Conference in Sydney and regularly sings in Citizenship ceremonies and weddings.

Daniel’s professional training includes two years of acting/directing with Lynette Sheldon and intensive Classical Opera singing training with Steve Ostrow (who discovered and trained Bette Midler, Peter Allan and Barry Manilow). Daniel is also a graduate of Screenwise Acting School with Denise Roberts. A trained dancer and Samba teacher, Daniel has performed in the Carnival in Rio de Janeiro and was profiled on ABC television’s Mondo Thingo in a feature on Bollywood dancing. Currently he is working with renowned Director/Acting Coach Annie Swan and Australia’s Leading Opera Master/Producer Nicole Alexander.

Daniel Alejandro’s debut CD El Amor is pure feeling in all its guises, from the delights of romance and attraction to the anguishes of love and separation, from unbridled joy to the yearning for spiritual connection and release. A broad collection of romantic ballads, Spanish classics and contemporary pop songs held together by dynamic, lush arrangements and a remarkable voice that speaks directly to the heart and soul of the listener. 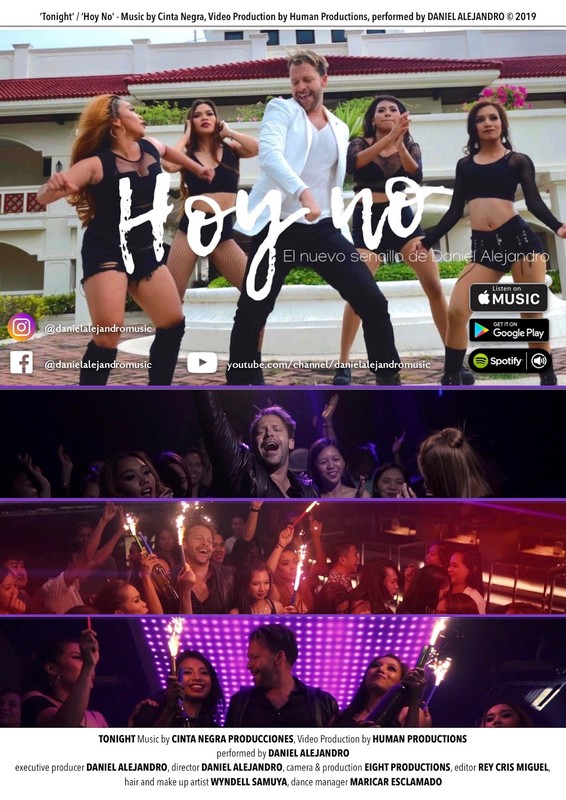