Indelible is the story of an ex-con struggling to reconnect with a daughter and a life he barely recognizes. It’s about failed fatherhood, loss, and of the redemptive powers of love. After eight years in the joint, the consequences of a drug deal gone bad, Donnie Arnett returns home to discover his drug-addicted wife, Gayle, involved in a volatile relationship with the son of his former supplier. His twelve-year-old daughter, Grace, doesn’t recognize him and mistakenly thinks he’s been serving time for bank robbery. Almost from the moment he hits the street, Donnie is pressured to return to his former life as a drug dealer. And he’s tormented by nightmares of the failed drug deal that cost three people their lives, among them his best friend Jeff. Jeff was the son of Police Detective Milt Cochran. Torn now between primal grief and a formless rage, Cochran has taken it upon himself to make Donnie’s life on the outside as miserable as possible. But Donnie’s not the same person he was when in went in. He wants to build a life; he wants nothing to do with drugs, and he wants to be a father, even though he hasn’t the slightest idea how to go about it. On his second night out of prison, Donnie walks into a bar and finds Maggie – a tattoo artist and “an angel who looks like she could take care of herself in hell.” While in prison, Donnie became obsessed with imprinting his life on his skin in the form of tattoos, as a sort of penance, and Maggie sees a kindred spirit in this “illustrated man.” Maggie encourages Donnie to pursue a relationship with Grace. But as Donnie slowly begins to connect with his daughter, Gayle’s lover, Rickie, turns ever more abusive. Fueled by huge quantities of methamphetamine and a destructive relationship with his own father, Rickie’s downward spiral hits bottom when he brutally murders Gayle in a drug-induced rage. A witness to the murder, Grace seeks refuge with Donnie and Maggie, but Donnie’s misguided efforts to protect his daughter lead to a terrible night of violence and death. But events that would seem to take Grace farther away than ever from Donnie, eventually draw them into a bond as enduring, as indelible, as Donnie’s tattoos. 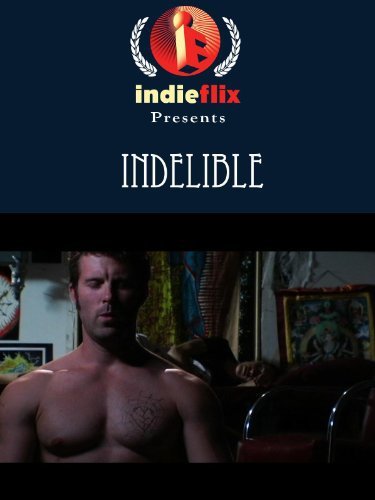