A Bitter Taste of Freedom

This stirring documentary pays homage to Russian investigative reporter Anna Politkovskaya and her efforts to uncover crimes of the Russian State that end in her politically motivated murder.

Profoundly moving, politically provocative and apt to provoke moral outrage in anyone short of Vladimir Putin, “A Bitter Taste of Freedom” is acclaimed documentarian Maria Goldovskaya’s portrait of her longtime friend Anna Politkovskaya, the crusading Russian journalist whose still-unsolved 2006 murder remains a symbol of the national corruption she tried to expose. Goldovskaya does not concern herself with the killing as much as with Politkovskaya’s character and the conflicts in Chechnya she covered so doggedly, presumably leading to her death. Festival play and likely ecstatic word of mouth should lead to a specialty run beyond the pic’s Oscar-qualifying DocuWeeks berth.

Pic reps a very personal follow-up to Goldovskaya’s 1991 docu “A Taste of Freedom,” in which Politkovskaya and her soon-to-be-ex-husband, Russian TV personality Sasha, were subjects. That film was made during Russia’s honeymoon with democracy; that things haven’t quite worked out is clear from the title of the new pic, which was originally intended to be a sequel set in the post-Putin era.

In preparation for a film that would have reassessed the course of Russian history since the fall of communism, Goldovskaya interviewed Politkovskaya extensively, yielding the powerful, poignant conversations that are at the heart of “A Bitter Taste of Freedom.” Politkovskaya, whose public persona seemed rather severe (especially to Westerners who saw her only in still photographs), is heartbreakingly lovely here, not just physically, but artistically: From the resolve she brings to her work, she seems to know she’s sealing her own fate.

As explained by several of the late journalist’s colleagues, Politkovskaya was not a naturally brave woman, which somehow makes her all the braver. She approached her trips to Chechnya (notably, during the Second Chechnyan War) with enormous fear, one friend says. But she went all the same, because — as an old ally, Mihkail Gorbachev, remembers somewhat sadly — she was an idealist, albeit one who seemed to mask her ideals beneath a stern exterior. Through their friendship and her camera, Goldovskaya penetrates that businesslike exterior, and the Politkovskaya she uncovers is radiant, if sometimes alarmingly resigned to her country’s descent into gangsterism.

What both Politkovskaya and Goldovskaya (who currently teaches at UCLA) saw as the degeneracy of the Putin regime is exemplified by two notorious events: the so-called Nord-Ost siege of 2002, in which 170 people died after Russian authorities pumped deadly gas into a theater that had been taken over by Chechen separatists, and the 2004 Beslan school hostage crisis, which ended when Russian security forces stormed the school; more than 300 people died, including nearly 200 children. Putin used both tragedies as an excuse to crack down on Chechnya and intensify his authoritarian rule at home.

The shooting of Politkovskaya wasn’t the first attempt on her life. En route to help negotiate at Beslan, she was poisoned aboard an airplane; Goldovskaya’s interview with her friend on a hospital gurney — who else could have gotten such footage? — is just one of the remarkable sequences offering a privileged glimpse into the life of a woman who becomes increasingly mythic, even as the circumstances of her death remain unresolved.

Production values are mixed, footage having been gathered from a variety of sources, including homemovies and TV news. -John Anderson, Variety 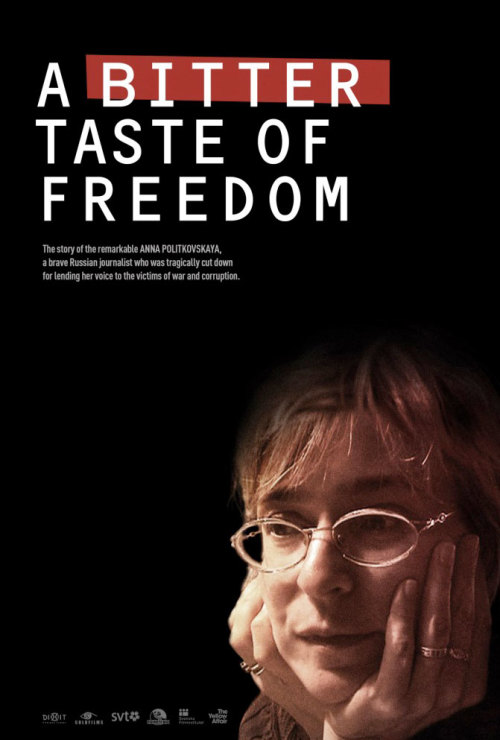