In 1968, in 1/500th of a second Eddie Adams photographed a Saigon police chief, General Nygoc Loan, shooting a Vietcong guerrilla point black. Some say that photograph ended the Vietnam war. The photo brought Eddie fame and a Pulitzer, but Eddie was haunted by the man he had vilified. He would say, “Two lives were destroyed that day, the victim’s and the general.” Other’s would say three lives were destroyed. Eddie Adams, like most artists, was tortured by his need for perfection. Nothing he did ever satisfied him. He carved out many careers shooting covers for Life, Time, and even Penthouse. Yet, somehow, he was always pulled back into documenting wars, 13 all together. Finally he hit the wall and couldn’t take it anymore. He began shooting celebrities because “It doesn’t take anything from you.” Eddie was comfortable with kings and coal miners. During his time with Parade magazines he photographed Clint Eastwood, Louis Armstrong, Mother Teresa, and Pope John Paul. 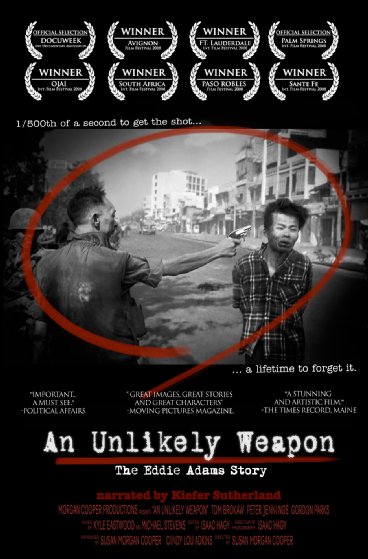