John Leguizamo visits Rikers Island Correctional Facility to perform his one-man Broadway show Ghetto Klown for an audience of over 400 inmates. Following his performance, Leguizamo holds group discussions with justice-involved young men awaiting trial or sentencing. By sharing his personal journey of adversity and self-awareness, he encourages them to reflect openly and honestly about their own lives. This short documentary interweaves excerpts from Leguizamo’s performance and those discussions, bringing attention to the serious challenges and human side of incarceration.

Elena Engel is an award-winning writer, producer and director of film, video, radio and spoken word. She has been a creative resource to The Walt Disney Company, Warner Brothers, Amblin Entertainment, Simon and Schuster, Western Publishing Company, National Public Radio, The United Nations, Mercy Corp International and PBS television. Elena has produced and directed more than seventeen live action and documentary films for the cable television, home video and educational divisions of The Walt Disney Company, receiving four Cine Golden Eagles in addition to numerous awards from The Birmingham, Chicago Film Festivals and others. Her dramatic film about child abuse, Listen To Me, won the Lillian Gish Award at the Women in Film International Festival and her film, A Promise to Remember, premiered at the International Animation Festival in Annecy France. As an audio producer/writer for both National Public Radio and The Walt Disney Music Company, Elena received The Corporation for Public Broadcasting’s “Most Creative Use of the Medium” award, a NARAS Grammy Nomination, four Gold and Two Platinum albums. Her humanitarian and non-profit film projects have included global travel on behalf of UNICEF and Mercy Corps International for whom she created informational films distributed to audiences throughout the world. As president of her own production company Azimuth Films, Elena continues to be drawn to stories that instill empathy and a deeper understanding of the human condition. 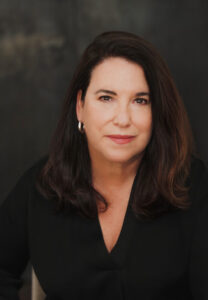