A charming documentary film that showcases the vibrant wisdom and life lessons from a dozen diverse individuals between 90- and 99-years-old (including Dick Van Dyke!).

The group of people aged 90 and-older has tripled since 1980 and this group remains one of the fastest growing segments of the population. A common African proverb advises, “Those who respect the elderly pave their own road toward success.” Unfortunately, this tends not to be the belief system in the case of Western cultures where youth is fetishized and physical signs of human aging tend to be regarded with distaste.

The United Nations and the World Health Organization are so concerned about ageism that they are making it an international priority because ageist attitudes contribute to the poor health and early deaths of elderly people.

“The 90s Club” hands the mic to people in their nineties to prove that empathizing with the well-aged is not just socially responsible, but hearing their voices can be inspiring, enriching, funny, and compelling. A paradox of old age is that older people have a greater sense of well-being than younger ones — not because they’re unreservedly blissful, but because they accept a mixture of happiness and sadness in their lives, and leverage this mixture when challenging life events come their way. They waste less time on anger, stress, and worry.

Over the course of this documentary, we meet and speak with a dozen individuals, who talk unflinchingly about death and loss, but also about love and connection, about accomplishment and meaning. Through the touching, humorous, and reflective stories and insights of the “cast” of “The 90s Club”, we can all gain some perspective for our own lives as we grow older. 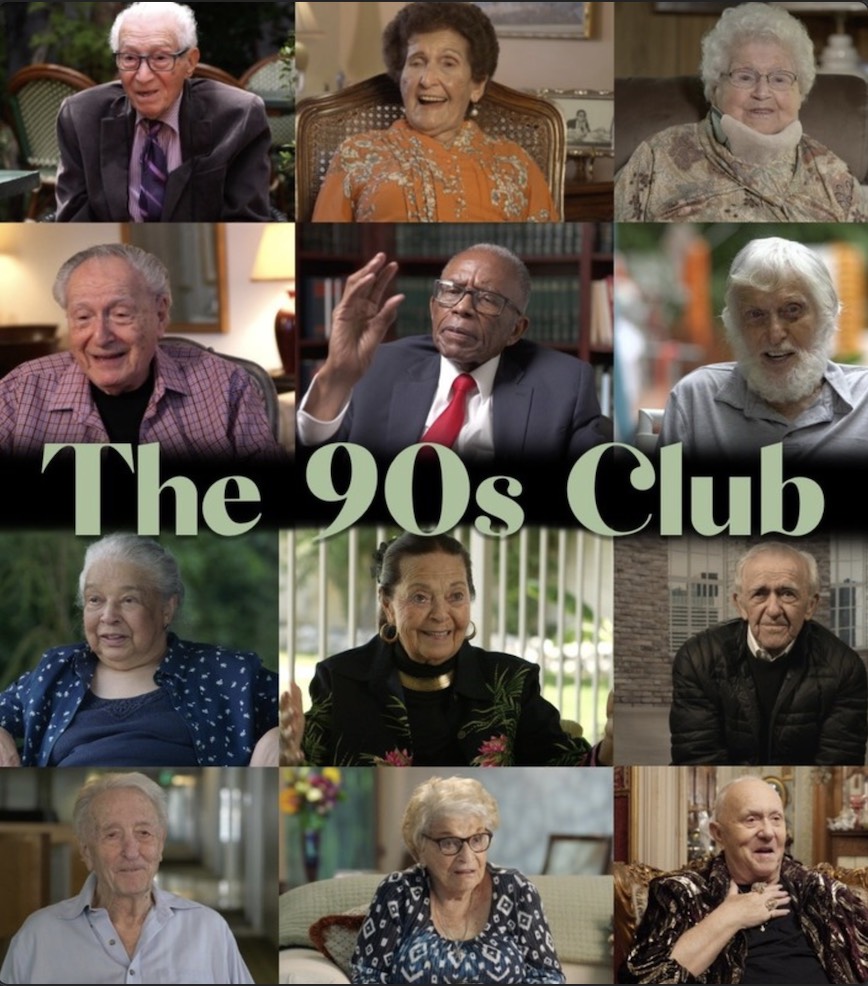