On the day of Mia’s twelfth birthday party, her family is excitedly preparing for another family-fun celebration with presents, cake, and most importantly, a hand-made piñata. However, when Mia’s two school friends join the party, they don’t think the piñata is cool, and they refuse to hit it. Mia finds herself stuck between pleasing her friends or her parents, while still trying to figure out how to please herself.

I am a New Orleans filmmaker and have been immersing myself in the process of filmmaking for the past six years. I have written, directed, and edited seven short films, and I have worked on countless others in varying departments. My passion for filmmaking stems from my desire to bring community together to create art.

My goals include (but are not limited to) writing and directing a feature film, directing a film musical, working in children’s entertainment, and developing an educational or summer camp program focused on film. 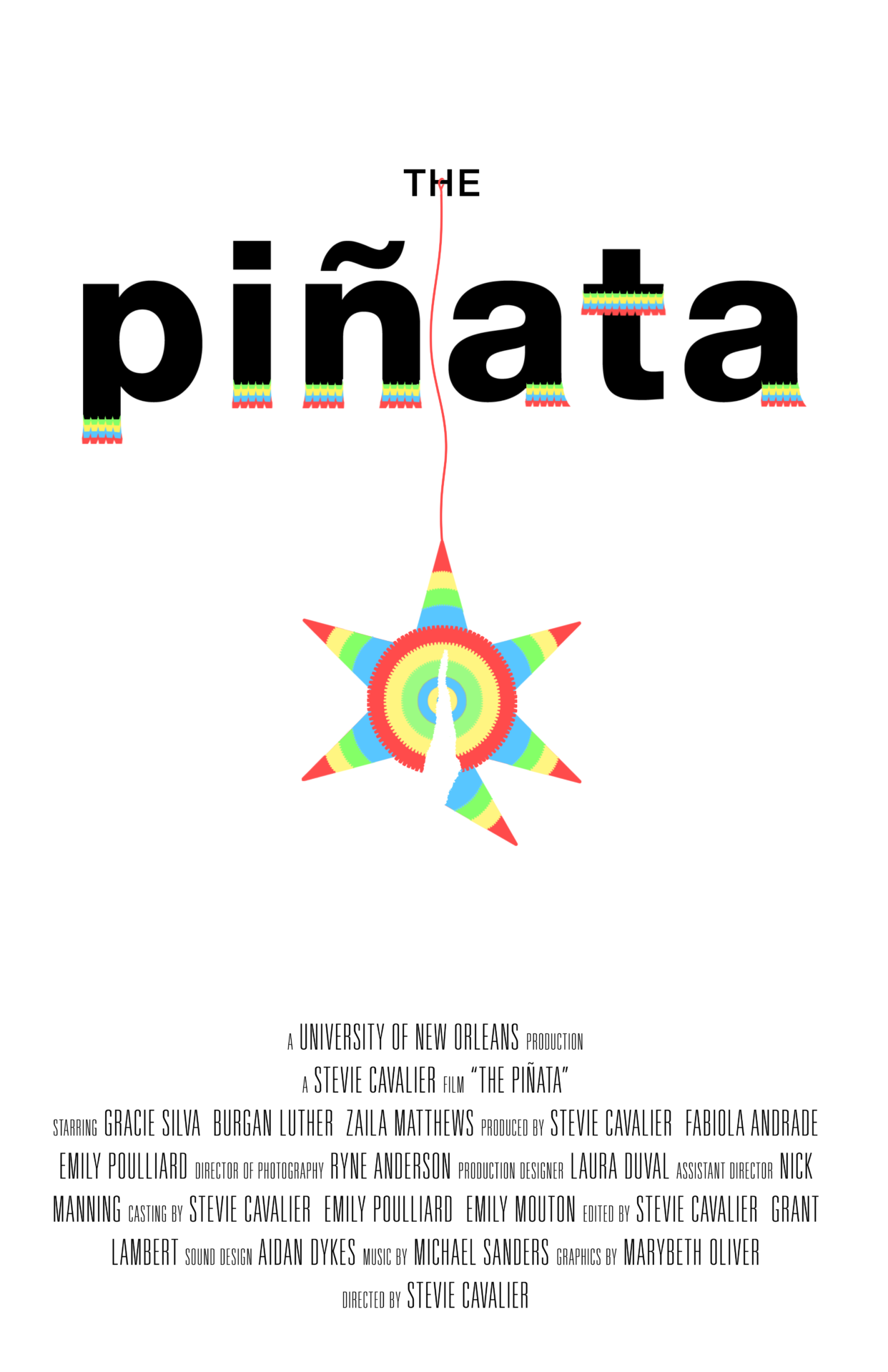