When dwindling attendance and diminishing support force his arthouse cinema to close its doors, Jorge is sent into a world he knows only through the lens of art—and suddenly forced to discover a new passion that transcends his once-celluloid reality. This sly and loving homage to the soul of cinema is a universally appealing gem about life after the movies.

This gentle black-and-white ode to a life lived among the reels was one of the discoveries of the 2010 Toronto International Film Festival. Forty-five and saddled with a fashion sense as outdated as the videotapes he hides his keys in, Jorge (played by Uruguayan film critic Jorge Jellinek) has worked his entire adult life at Montevideo’s Cinemateca Uruguaya. His routine has remained the same for years: projecting films, greeting the same six or seven audience members in line for every show, chatting with colleagues over possible series (“You take the Fridrick Thor Fridricksson”) and deciding what to repair next (the projectors or the seats?). But his days devoted to cinema, and those of his boss (played by the former head of the Cinemateca, Manuel Martínez Carril), might be coming to a sudden and life-changing end with the threatened closure of the economically unviable institution. A deadpan comedy of cinema and obsolescence, A Useful Life frames Jorge (and the archive) within a succession of outmoded technologies: faxes, telegrams, videotapes, reel-to-reel recorders and pay phones. At the same time, a flirtation with a female patron suggests a course of action. For a life spent working in film may end, but a life spent living with cinema? Not only useful but filled with hope, romance and dreams. (San Francisco International Film Festival)

A Useful Life is co-presented by the Global Film Initiative and is part of the Global Lens 2011 film series. For more information, visit www.globalfilm.org
Read SFFF Blogger Stryder Simm’s review of A USEFUL LIFE here. 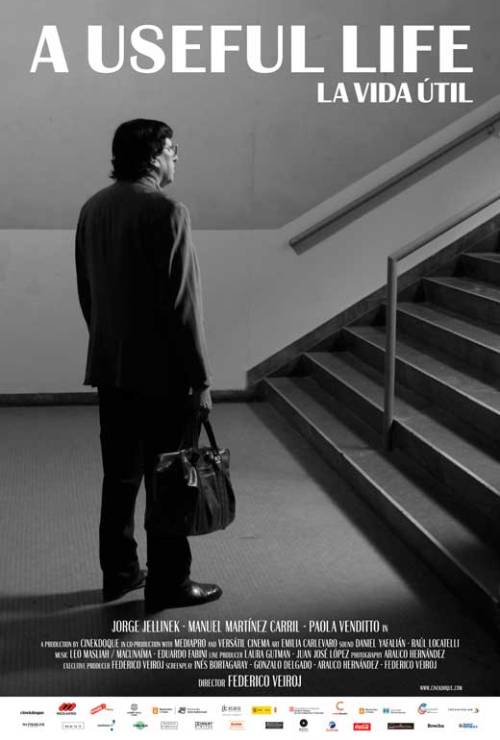