In this mud-splattered absurdist comedy, Korea is caught between two warring kingdoms. Set in 668 AD, Battlefield Heroes follows everyman Thingy as he plods through the battlefields, fully aware that war is for the rich because for the poor, nothing ever changes.

The absurdities of war, and the pomposity of most historical movies, are over-inflated targets that are gleefully pricked in this mud-spattered absurdist comedy from Lee Joon-Ik, Korea’s greatest historical movie maker and the man who directed King & Clown, the most successful Korean movie of all time. 668 AD – Korea is caught between two warring kingdoms: Shilla and Goguryeo. Thingy (so poor he doesn’t even have a name) is a Goguryeo farmer conscripted into the Shilla army after they destroy his farm and he’s the everyman figure who plods through the battlefields, fully aware that war is for the rich because for the poor, nothing ever changes. Desperate to return home alive, Thingy (comedian Kim Min-Sang) survives by his wits, using his fast-moving mouth to get him out of dead-end situations and suicide missions.

Like a Terry Gilliam film, the comedy here comes caked with mud and historically accurate absurdity: a barrage of farm animals launched by catapult, a musical number praising rice, and much more. It’s also a satire of modern day Korean politics: Director Lee’s heart is with poor, besieged Goguryeo, representing North Korea, who are constantly being offered rice if they would just stop killing people. Attacking them are the Shilla (representing South Korea), who are allied to the foreign devils of China’s Tang Dynasty (standing in for the USA).

Lee’s movie draws quick, vivid portraits of everyone involved, from the greatest to the humblest, from the survive-at-all-costs infantrymen, to the squabbling kings, their ineffective advisors, their bloodthirsty daughters, posturing sons and every single person you can think of who might possibly cross the battlefield. Lee announced that he would retire from commercial filmmaking if this movie didn’t sell 2.5 million tickets and, well, it didn’t. He announced recently that he’s out of the game and that’s too bad. The world has lost a director who, judging by this movie, was just coming into the height of his powers. (New York Asian Film Festival) 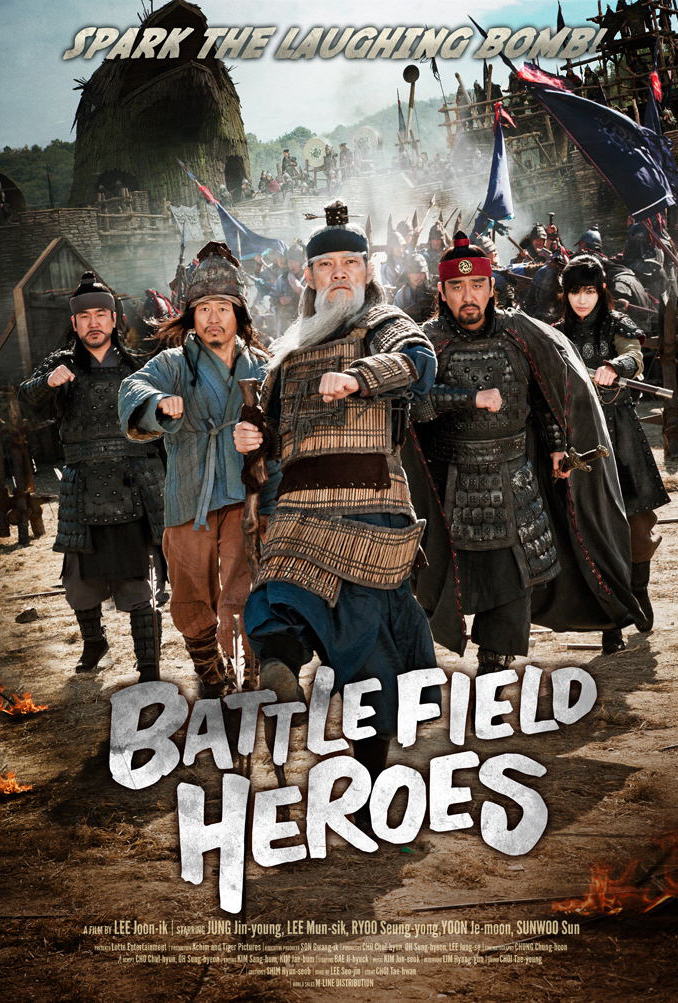