‘Mele Murals’ is a documentary on the transformative power of modern graffiti art and ancient Hawaiian culture for a new generation of Native Hawaiians. At the center of the story are two renowned street artists – Estria Miyashiro (aka Estria) and John Hina (aka Prime) – a group of Native Hawaiian youth, and the rural community of Waimea.

Set against the resurgence of Hawaiian language and culture of the past twenty years, Estria and Prime tell how their street art has taken them on personal journeys to discover their history, identity and responsibilities as Hawaiian people. Estria, who left Hawaii to study art in San Francisco, made a name for himself as an internationally known graffiti artist before returning to reconnect with his Hawaiian roots. Prime, who grew up in the projects and became one of the first kings of the Honolulu graffiti scene, left a life of hustling and drugs after the birth of his first child and returned to the art when he realized it was a way to help youth.

Through the stories of these two graffiti artists and their joint quest to uphold Hawaiian culture through mural-making, ‘Mele Murals’ shows how public art rooted in underground graffiti unexpectedly but powerfully fuses with Native Hawaiian traditions and contemporary life to impact the students, the town of Waimea, and most of all the artists. 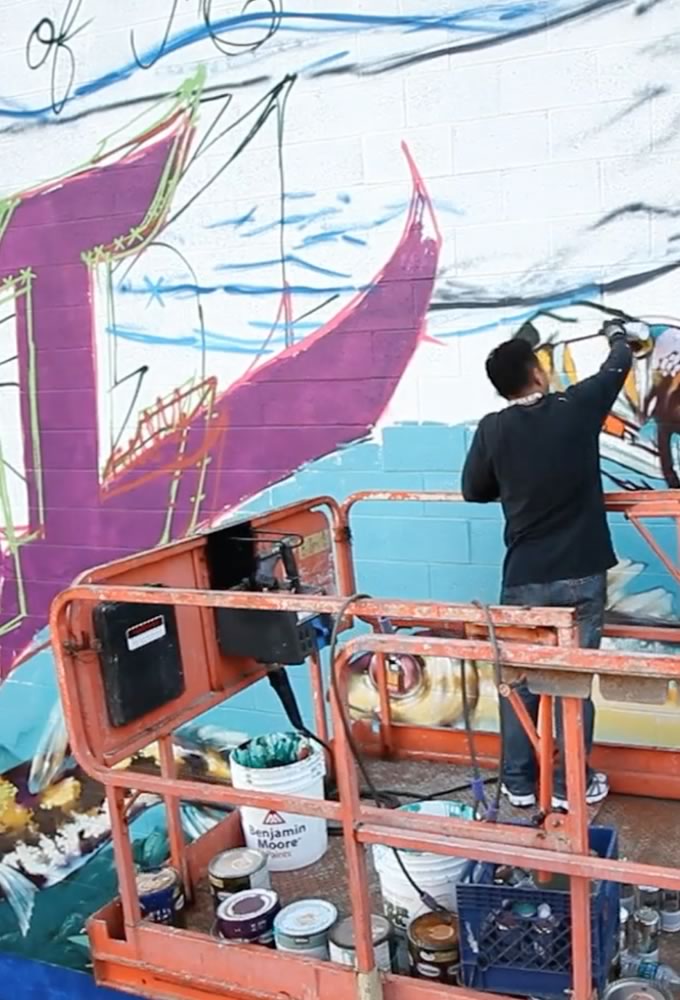