Taking place in British-colonial Nigeria, Mister Johnson is the story of the intertwined relationship between a young Nigerian clerk (Maynard Eziashi) and Harry Rudbeck (Pierce Brosnan), the British district administrator he works for. When a bookkeeping error is discovered, Johnson takes the rap for Rudbeck and is dismissed. Years later, when the men reunite to build a road, history repeats itself with tragic consequences. The cast includes Edward Woodward, who plays Sargy Gollup, a drunken Brit who sometimes beats his African servants “for their own good.” 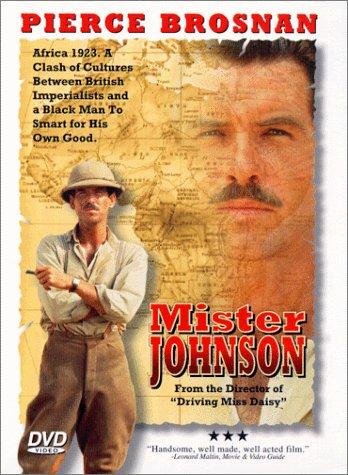