There’s as much eye-am-a-camera spying in They All Laughed as in the most obsessive works of Hitchcock and De Palma. Set in an airier, less hermetic Manhattan, the men of New York’s Odyssey Detective Agency are ineffectual sleuths smitten with the married women whose supposed infidelity they were hired to document: John (Ben Gazzara) falls for Angela (Audrey Hepburn) and Charles (John Ritter) falls for Dolores (Dorothy Stratten) while fellow shamus Arthur (co-writer Blaine Novak) rollerblades through the story with affairs of his own.

Bogdanovich resolves tensions by incorporating their shortcomings into the film’s tender, bittersweet humanity, fondly channeling rather than deconstructing cinema’s past. 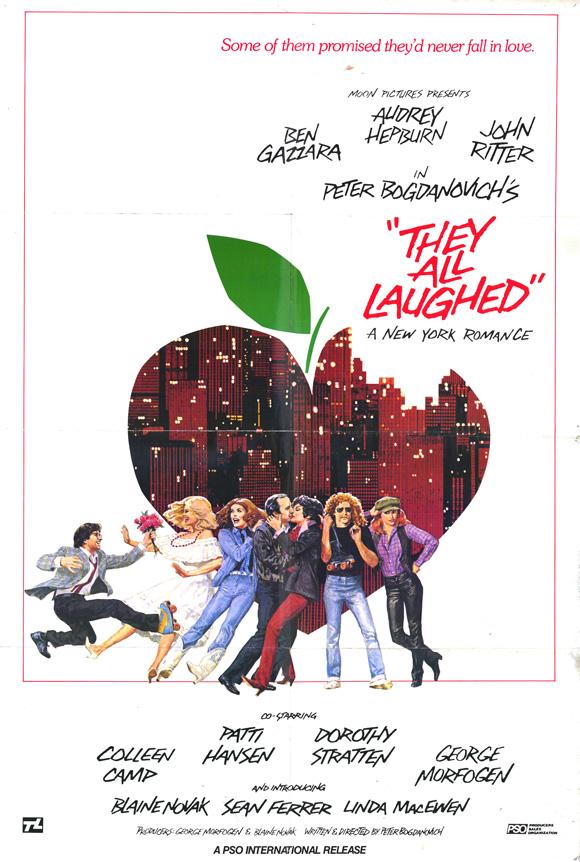