This piece is an animated documentary exploring how my mother’s abusive relationship with my father shaped my own experiences in a boarding school as a child in China. The societal pressures on my mother to hide her abuse and her desire to protect me ultimately created a situation where I was subjected to the same societal pressures. Our shared desires for intimacy, safety, and normalcy have been constantly at odds with the realities that surround us. Through a conversation as adults, my mother and I learn to understand each other and support one another.

Originally from Zhuhai, China, Danski Tang is an animator and visual artist now based in Los Angeles.

Danski holds an MFA in Experimental Animation from California Institute of the Arts, where she studied with Pia Borg, Maureen Selwood, and Suzan Pitt. She also holds a BFA in animation from Guangzhou Academy of Fine Art. 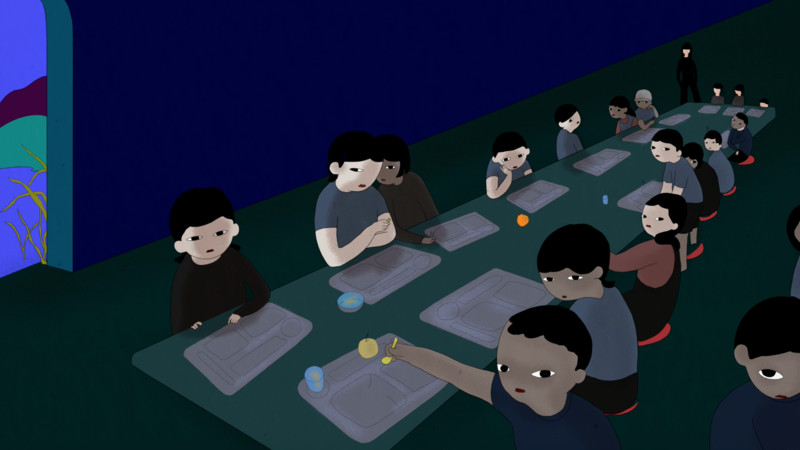