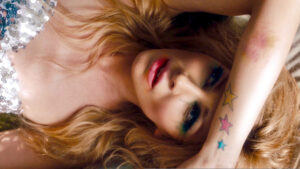 What are our responsibilities to our friends- especially on a wild night out?

After a rowdy New Year’s Eve in Hollywood, party girl April wakes up and realizes she’s been sexually assaulted. Spiraling and unclear on what happened, she does her best to hide it from her sober, responsible boyfriend Grant until she can call her fairweather friend Lola to fill in the blanks.

But superficial, dismissive Lola wasn’t looking out for April in the way that girlfriends “should”—and Lola snaps after April questions her character and integrity. In a nasty argument, Lola cites April’s promiscuous past as evidence that April was, in fact, asking for it. 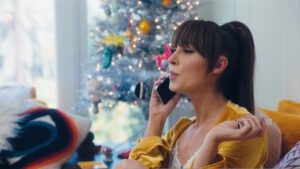 Devastated by Lola’s slut-shaming, April faces a difficult question: Was this really her fault? This problematic thought prompts April to finally join Grant at an AA meeting to start the year off right for a change.

April Kills The Vibe is a film that poses timely questions about how women hold themselves accountable to one another—and to themselves. 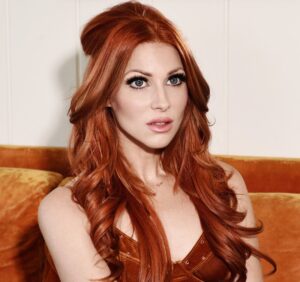 Bonnie McKee made a name for herself as a pop songwriter, writing 10 #1 hit songs for the charting topping stars of the past decade, and for her own career as an indie pop artist. After years of packing big emotional stories into tidy 31/2 minute songs and creating her own colorful music videos, she is finally expanding into a new realm of story telling. April Kills The Vibe is Bonnie’s screenwriting and directing debut.

April Kills The Vibe is based on the true story of a night I was sexually assaulted in the deep throws of my alcoholism, and the slut shaming, victim blaming conversation with a fair weather friend that followed on that miserable morning after.

I wanted to take an unwavering look at the inherent dangers of being female while intoxicated, and explore the complicated dynamics between two women pointing the finger everywhere except where it belongs- at the perpetrator.

I chose to play both characters because I, like so many women, have been on both sides of this disgustingly familiar conversation. I’ve been the reckless drunk girl with dire consequences playing the blame game, and I’ve been the defensive friend that failed her. And while no survivor of assault is to blame, nor are her careless friends, I wanted to pose the question— what responsibilities do we as women have to protect each other, and where is the line drawn? What part did my own alcoholism play in the circumstances that lead me to this life altering event? The morning this film is based on was the first day I attended an AA meeting, and I graciously celebrated 8 years of sobriety this year.

After a successful career as a Grammy nominated pop songwriter and singer, I am excited to step into the film world and expand on my passion for storytelling.

Thinking about our influences in different stages in life, how much does it depend on our crowd in how things are interpreted? Does the wisdom - coming with - age adage (on an unintended level) give free reign to youth and encourage recklessness?

Generally speaking, stories based on an actual real-life situation where someone faces their action that in part caused pain to themselves and others doesn't seem commonplace. To then take it on and look it directly in the eye staring it down until it caves seems unusually courageous and rare. To make the situation into a movie where others can connect to it and be moved by it and inspired seems extraordinarily generous and healing.

April Kills The Vibe is about friends and an awakening and redefinition of how we treat ourselves and others and friendship expectations set in a horrible and tragic real-life situation where blaming the victim is wrong but common.

Director/Writer Bonnie McKee is a Grammy-nominated pop songwriter and singer. She's written ten #1 hit songs in the past decade. April Kills The Vibe is her first foray into movie writing and directing and along with this debut, Bonnie McKee also has two lead acting parts in it. 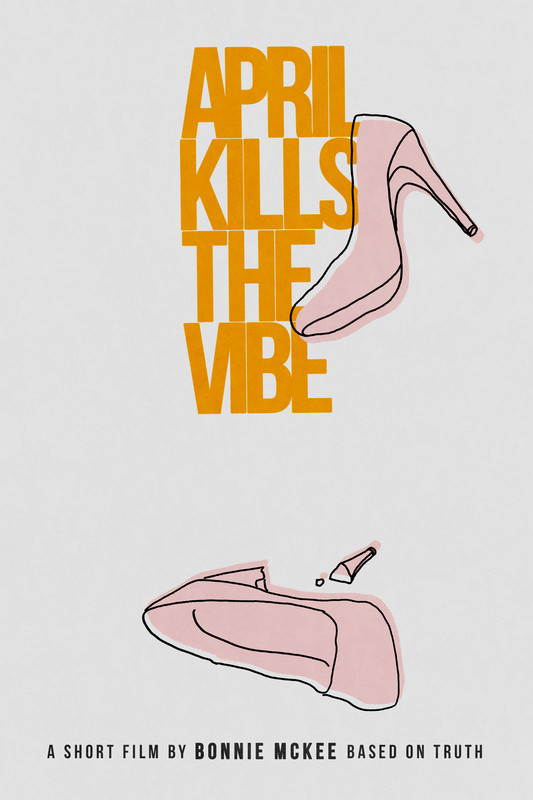