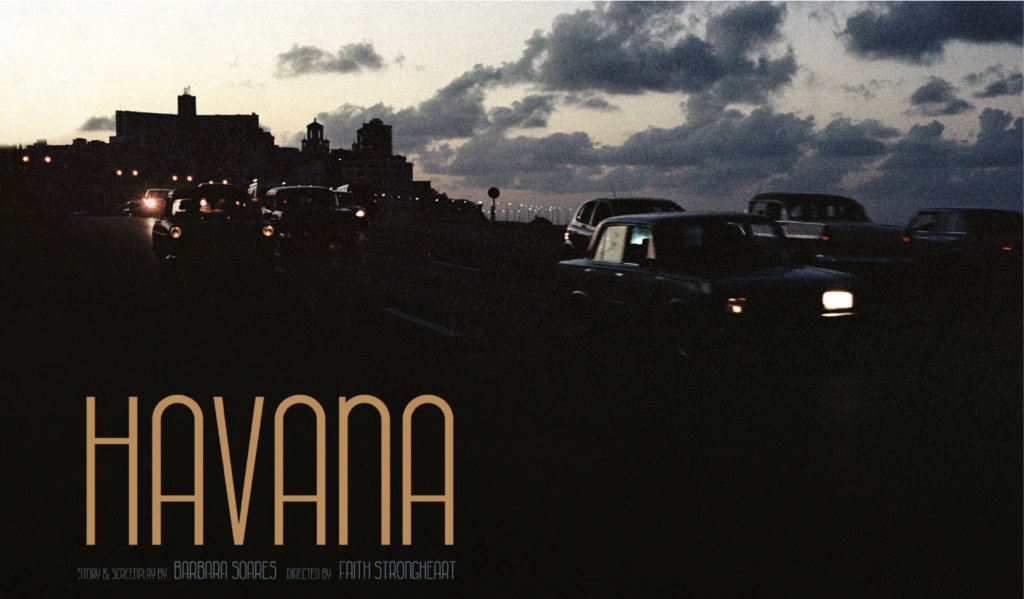 Cuba, 1970’s. Antonio, an immigration officer by day, sells exit visas illegally by night at exorbitant prices. Antonio’s secrets go beyond his secret job, though: he is also hiding his homosexuality, which comes to light when his lover, Jian, comes in looking for an exit visa for himself.

I am a writer/director with a unique and visionary style. I received my MFA in directing from UCLA’s School of Theater, Film and Television and am still in post production on my thesis film, an extraction from a feature I wrote based on my exceptional hippie childhood in a remote mountainous village of Northern New Mexico. My last film, Je Suis (i am), a powerful story about a woman scrambling to balance work and family, just completed the festival circuit. I have written, produced and directed several short films and have written three feature-length screenplays and a dramatic television series pilot.

Prior to graduate school, I worked as a film professional on many major features, which allowed me invaluable access to the imaginative integrity of some of the most visionary filmmakers today. I am a two-time recipient of the Motion Picture Association of America award and was a finalist for a science-based script for the Sloan Foundation Fellowship. I was also the 2016 Women in Film Verna Fields Memorial Fellowship recipient and received the Bill Lee Memorial award the same year. Also in 2016, I was granted the Hollywood Foreign Press Association award for Directing as well as the Carroll Sax Award in Motion Picture and Television Production.

In 2018, I was awarded the Mary Pickford award for Documentary Filmmaking for a feature-length documentary I am making about my family.

I am a single mother of two small children just doing my best to raise kind humans in this crazy world.

I made Havana as part of the Theater/Film Collaboration project in my final year of graduate school at UCLA. Four directors were chosen to work with four MFA screenwriters. The set was built by the very talented theater production design team. The actors were all part of the MFA theater program and we cast them before we wrote the script.

Barbara and I came up with the idea for the film based on the idea that homosexuality was considered illegal under Castro’s reign until 1979. We loved the idea of having a homosexual, interracial love affair and wanted to convey the struggle to be who you truly are in a cultural that prides machismo as an inherent trait of being a man.

# LGBTQ+ STORIES FROM OUR LIVES# short 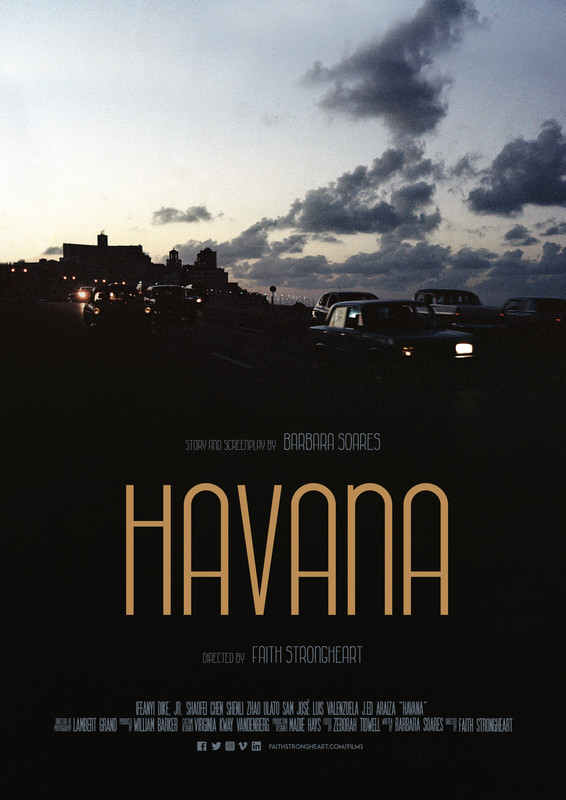