Official Selection of 77 film festivals with more than 28 nominations and 20 awards including 12 as best short film. And our list keeps growing!

When a planet-hopping cowboy-criminal (Jason R. Moore, Marvel’s The Punisher) returns to New Mexico after a heist-gone-wrong, he expects a hero’s welcome. Instead, he finds his mutinous crew have decided he’s no longer in charge. 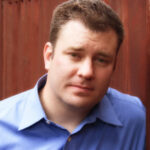 Justin Eugene Evans’ previous film, A Lonely Place For Dying, was accepted in 46 film festivals. The film was nominated for 53 awards and won 29 including 18 best pictures. Justin then took a leave of absence from filmmaking for 8 years to invent a new type of cinema lighting system. He is now returning to filmmaking with a Science-Fiction/Western short film entitled Honor Among Thieves.

Justin’s engineering skills include mechanical, electrical, mechtronic, optical, and thermodynamics. He worked in 18 factories throughout China to teach himself the fundamentals of modern manufacturing. He taught himself basic Mandarin so he could navigate the world of Chinese and Southeast Asia manufacturing.

As an adult with Asperger’s Syndrome, he often feels slightly out of step. Justin’s son, David, is also Autistic and his wife is a college culinary instructor at an Autistic school in Wisconsin. Together, they educate non-Autistics about Autism and advocate for Autistic acceptance.

Justin splits his time between invention and filmmaking.

I don’t believe in genre. I believe a writer’s primary job is to be a malevolent manipulator, crafting deeply flawed characters and then constantly thwarting their ambitions.

And in that sense, this science fiction western is really a story of failed friendship, mistrust and an inability to take a leap of faith. It is, I hope, funny, quirky and deeply human.

But, my script would never have been possible without my amazing team! James Wulfgar’s science fiction weaponry and props are as good as any Hollywood film. Branden Miletta’s visual effects work is stupendous. Luis Caffesse’s amazing editing blows me away; I could never do what he does. Bytheway-May’s music carefully balances the comedy and action of this short film. The costumes and sets are incredible.

And the cast! The cast did such an amazing job! Michael Tabb, Jason R. Moore and Chris Ranney own their roles. They bring so much depth and detail to their characters.

I’m truly blessed to have such an amazing team help bring my quirky, strange, genre mash-up to life. We hope you enjoy Honor Among Thieves! 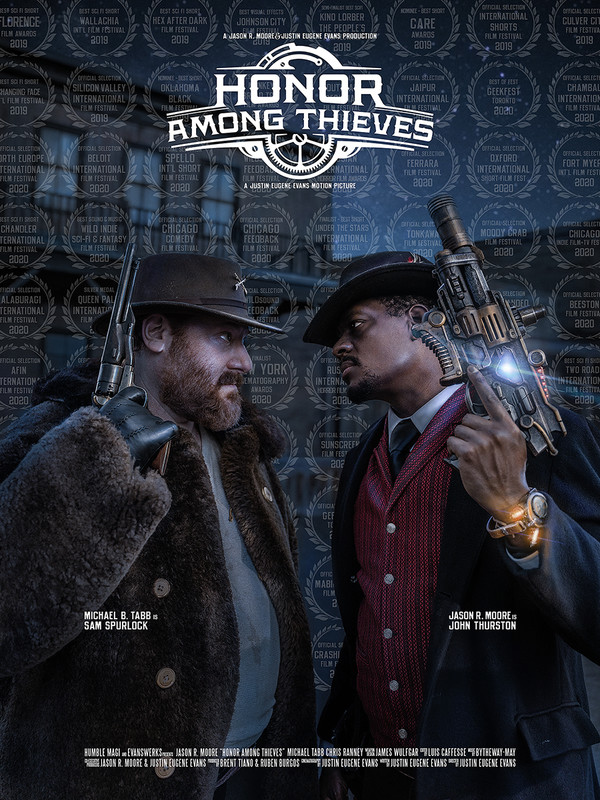