A struggling nineteen year old is contemplating ending her life. On the train to her nan’s, her journey is interrupted by another young woman’s death.

Esmé Creed-Miles is a shining star within the British acting landscape, cemented when she was selected by Screen International to be one of their highly prestigious ‘Stars of Tomorrow’ in 2018.

Esmé was cast in the lead role of Amazon’s eight-part hit series Hanna and subsequently another two eight-part follow up series. The role required an enormous amount of physical and mental preparation. She learnt French, rehearsed stunts, fight-training, and martial arts for months. She has received high acclaim for conveying the character’s emotional vulnerability, intelligence and physical power. Whilst on set, Esmé took an active interest in the different directing styles and approaches of the people she was working with.

Despite her successes behind the camera, and growing up as the daughter of actors Samantha Morton and Charlie Creed-Miles, Esmé has set her heart on the other side of the camera.

Esmé has written and directed her first short film Jamie, with support from BBC Films, the SAT Fund and production house Prettybird UK. She has also optioned the rights to a novel which she is adapting into a feature length script, currently in development.

*Nominated for Most Promising Newcomer at 2018 BIFAs

I wanted to write a film that expressed openly and realistically my ongoing suffocating experience with depression. My character Jamie experiences a frightening tendency towards suicidal thoughts. It’s hard for her to validate her existence when everything feels so dark and like it might never get better. Women are often dehumanised and objectified when treating on this subject. My character is jolted from the bubble she finds herself in, profoundly moved when confronted with another person’s suicide. She is filled with sadness and regret. I wanted to illustrate the gulf between having suicidal thoughts and actually realising them. 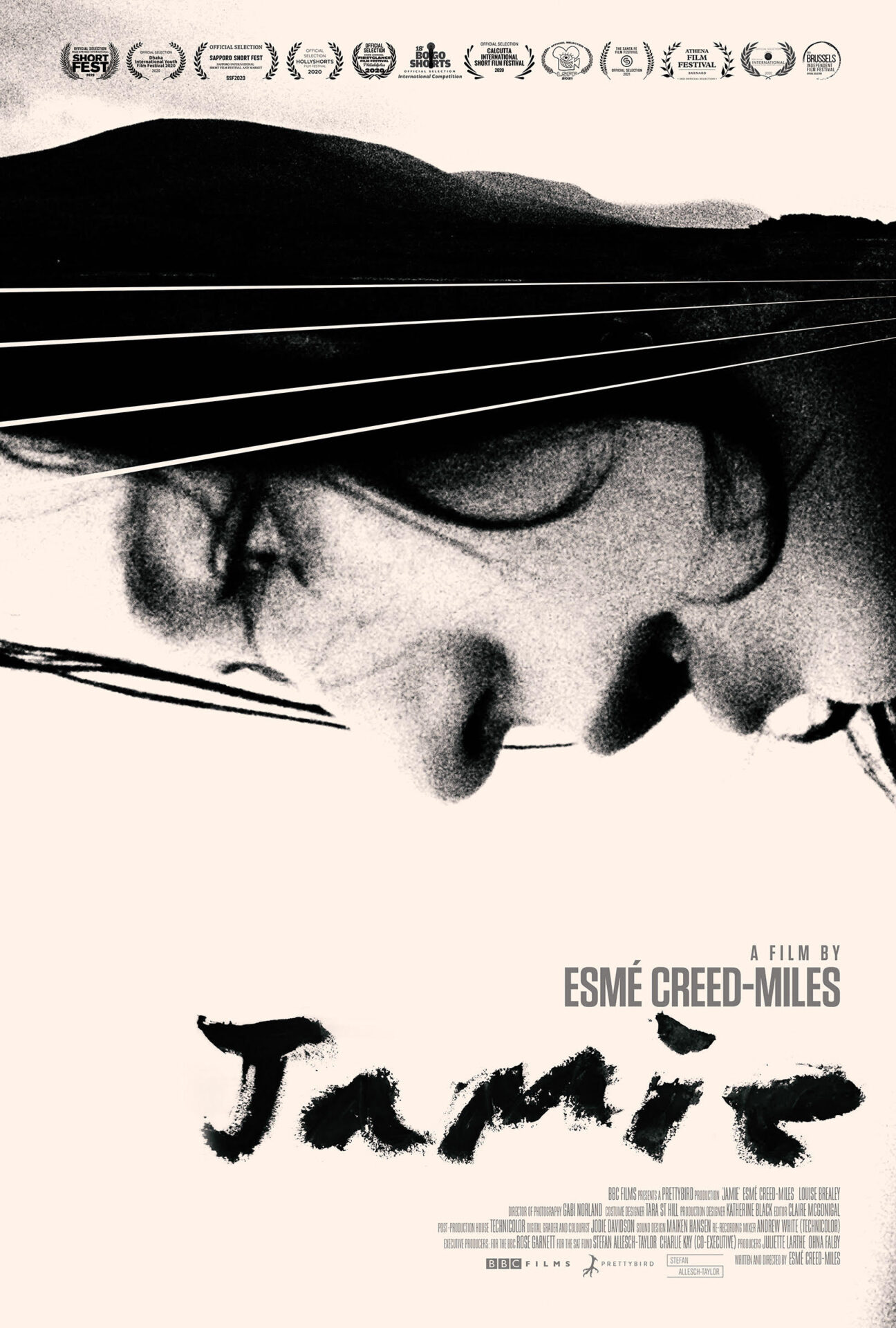