A young woman is confronted by an insistent visitor. 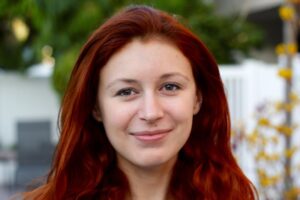 Katie grew up in Santa Fe, New Mexico. She went to USC School of Cinematic Arts for Film Production. She now lives in Los Angeles, and works as a researcher on a television show. She’s passionate about the environment, and if this whole writing/directing thing doesn’t work out, is going to do wildlife fieldwork like her mom use to do

I grew up in a rural neighborhood outside of Santa Fe, New Mexico, where my bedroom had large windows without curtains, which were lovely in the day, but at night, with all the lights on, I would feel fully on display. Dark windows have always been a fear of mine, and I think are a symbol of a distinctly feminine fear of being watched while vulnerable. I also was thinking about vampire lore, and how a vampire can’t enter your home unless you give it consent. Then I started thinking about human consent and boundaries in general, and how some people take a non-verbal answer as encouragement to keep trying to have their way — until (hopefully) you emphatically tell them no. So, this little short became a sort of vampire consent fairytale.

When I was home alone one day after school, someone knocked on my door – so, being an anxious teenager afraid more afraid of social interaction than malicious strangers, I ignored it and sat at the dining room table. Then, whoever it was started knocking on the window right next to my head. I didn’t want to be seen, so I grabbed a fire poker and crept down a hallway to the back of the house and closed myself in my mom’s bedroom. I lay down on her bed, listening, when there was a knock at the window above my head. I couldn’t see who it was and just hid in a corner. I never found out who or what it was.

Santa Fe, NM native Katie Waldron (now working out of L.A.) is the director/writer/star of the short thriller Knock Knock. With a foreboding drone shot up front, the film evokes isolated winter horror, reminding the viewer of The Shining. The scene is a secluded ski lodge. A young woman is home alone, but soon receives a nefarious visitor. Waldron uses sound expertly, ratcheting the fear levels up to a fever pitch. Through the tension and dread, the viewer wonders: will she make it through the night alive? 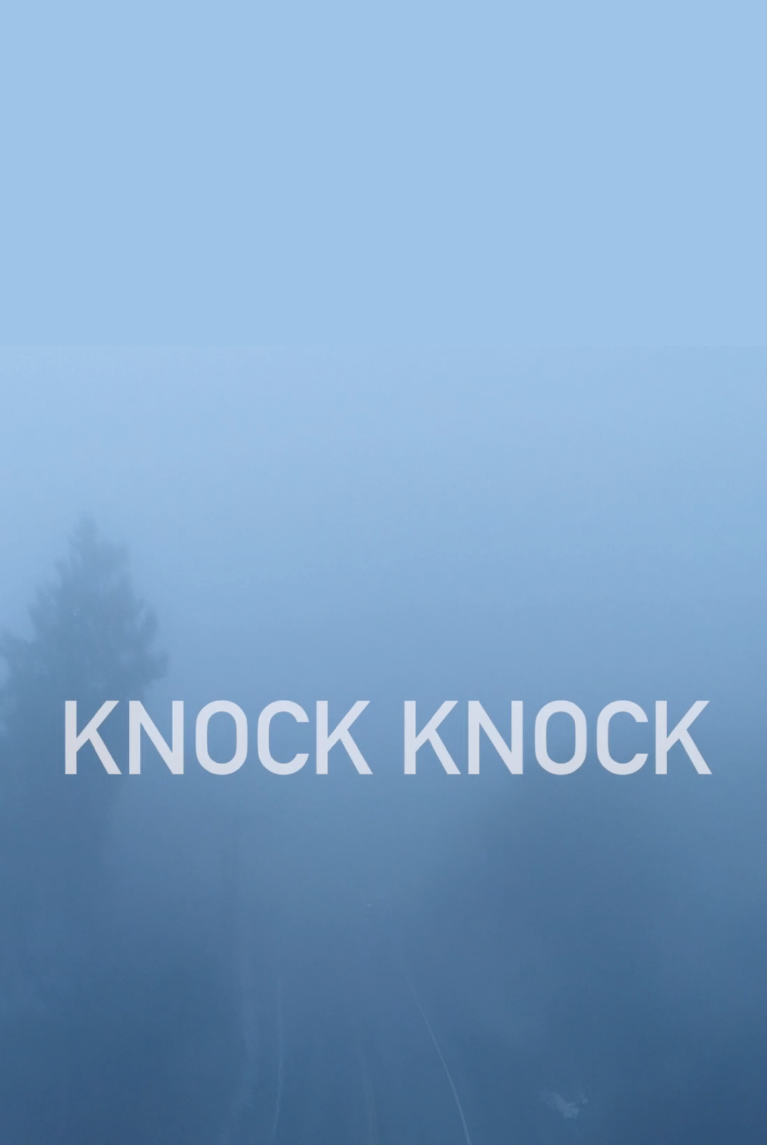