Ovation, maverick writer/director Henry Jaglom’s 20th feature, is his most passionate film yet. As a theater company’s successful run of The Rainmaker looks to be dangerously close to ending, many of the actors are at a crossroads. Talented and luminous lead actress Maggie Chase (Tanna Frederick) has an unrequited passion for the stage, which is ostensibly matched by her jealous current boyfriend and co-star Earl Bigbee (David Lee Garver). Maggie is approached by the hugely popular and charismatic television actor Stewart Henry (James Denton from Desperate Housewives) to be his co-star on his new television series. It’s both a business and romantic proposition that will ultimately test Maggie’s integrity, as well as her love for the theater and for Bigbee. In attendance: Henry Jaglom and Tanna Frederick. 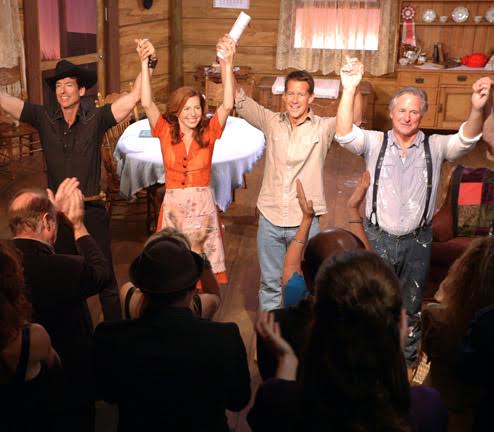