A story of love, loss, and redemption; Prison Dogs focuses on the impact of a unique dog training program that gives two of the most marginalized populations in our society — prison inmates and veterans — a second chance. Filmed at Fishkill State Correctional Facility in New York, the documentary follows three inmates serving long-term sentences for murder and armed robbery. Typically, the men spend their days mired in a tangle of frustration, regret, hopelessness, and anger. Enter Gloria Gilbert Stoga, a feisty, brilliant dog expert with a tough love, no-nonsense attitude and a firm belief in second chances. Gloria runs the program, Puppies Behind Bars, which teaches a select group of inmates to train puppies to become service dogs for disabled veterans, whether suffering from PTSD or physical injuries that render them immobile

The process is daunting; inevitably, there are failures, both human and canine. It is a stressful and often overwhelming task to care for and train a young puppy to perfection, particularly within the confines of prison. The men face ridicule and threats from inmates who are not in the program and resentment from the guards. Gloria is a challenging and demanding instructor who accepts no less than 100 percent. One misstep, and a man can easily be kicked out of the program or have his puppy taken from him. And yet, in spite of feelings of self-doubt, the inmates discover the merits of responsibility, accomplishment, and helping others. Though it’s difficult for them to part with their canine charges after bonding so closely with them for two years, they’re proud to see how transformative the dogs are for the veterans who inherit the dogs they’ve trained. Men and women who were once afraid to leave their homes are able to venture out into the world again. Those who are physically disabled now have a companion to assist them at all times. The grateful veterans make sure to update the inmates about the dogs’ progress and well-being. The new friendship formed between prisoner, veteran, and dog is as unconventional as it is profound and is, in many ways, invaluable to each. Prison Dogs captures in detail how the powerful relationship between humans and animals can restore the lives of those deemed impossible to save. Lives are saved both behind bars and at home for those newly returned from the battlefield. It is a story of hope, one that not only posits that people can change, but illustrates a very real way in which it can be done. 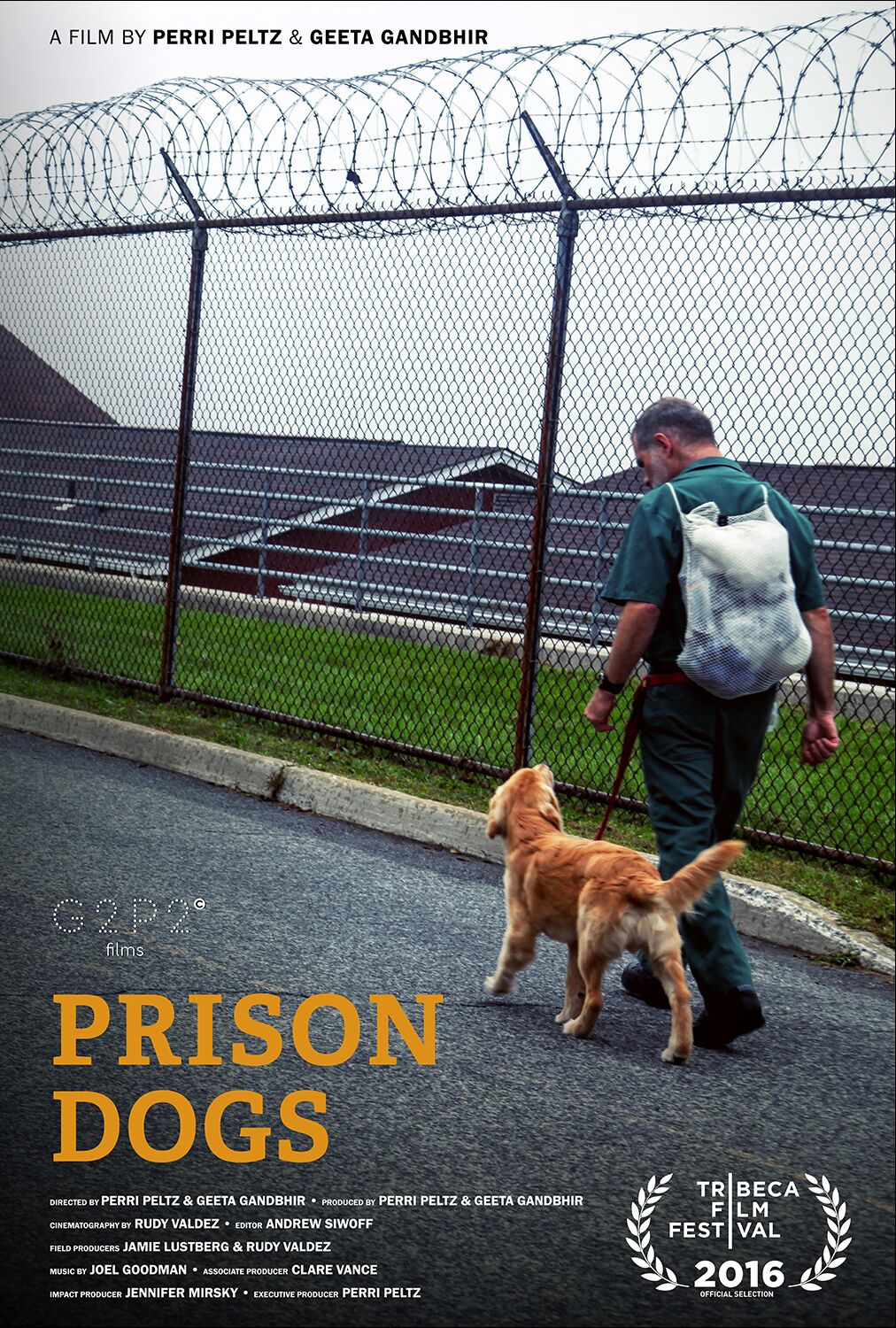