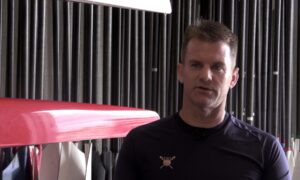 “Rowing for Gold” is a documentary about Ron Harvey, an M.I.T-trained aerospace engineer, who has been a champion rower both before and after a grave biking accident rendered him paraplegic. Its tone is reminiscent of a 30/30 ESPN sports documentary. The story of this Long Beach, California Paralympian reveals how intense training and competition shape his life and temper his soul. Elite performance is the product of traits that are forged in the fire of disability and hammered on the anvil of sacrifice. The style is intended to be less linear and more expressionistic, less traditional and more poetic. 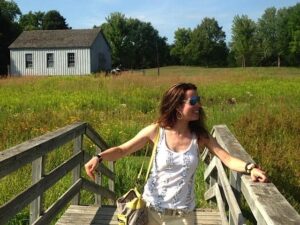 Her writing has been published in The Washington Times, The Post-Bulletin, and The Journal Newspapers, among others. She is currently an M.F.A. candidate in Film & TV Production at the University of Southern California where she has directed and produced six short films. She is the recipient of a Gene Autry Scholarship Award.  Her films have screened as official selections and received awards at over twenty-nine festivals nationally and internationally.

Documentaries show us life as we don’t know it: they give us that rare glimpse into other lives and circumstances that are different from our own. Part of every individual’s core identity is their body. What happens when one’s body is irrevocably altered or when one’s body does not conform to the norm? Para-athletes are at the forefront of such existential and tangible boundaries.

With regard to the tone and visual style of the film: having been a coxswain for a brief time, I have a personal relationship with this sport. I want to take the audience on a journey off land which highlights the mystery of the ocean. It is unknowable yet comforting. The sculler’s strokes are like a metronome – the body telling the time of the primordial sea. Rowing is like a ballet on the water. It is elegant yet grueling, synchronized but brutal, lilting though fierce. Bodies moving on the water are pure poetic imagery. Cinematographically, it is endlessly interesting and hypnotic.

As an aerospace engineer, Ron has explored the limits of space through his work in design. As a rower who has represented the U.S. in two Paralympics and medaled in seven Worlds, he has defied the limits of body and soul. There is a vale of tears which empties into the wide mouths of trophy cups, I want the viewer to taste the agony and the ecstasy of this indomitable hero.