A defiant music scene erupts amidst the 2011 Libyan revolution to become the voice against tyranny and oppression – but as victory descends into conflict and chaos, the music goes silent. Will the music thrive once again, or will it remain mired in Post-Revolutionary Blues?

2011. The people of Benghazi revolt against the brutal regime of Moammar Gaddafi. Amidst the bloody revolution, a music scene erupts out of the restive city with great force. Staggering in its scope and diversity, it gives voice to the once silent population. But once freedom is won, the voices again go silent. Will the music thrive once again, or will it remain mired in post revolutionary blues?

As documentary filmmakers, we often go into situations expecting to tell one story, but, inevitably, the story transforms into something entirely different. Such was the case when I went to Libya to document the revolution. What awaited me was something unexpected to say the least, a spring bloom in the middle of an inhospitable desert.

When I crossed the border into the dust of revolution, I was astounded by the spirit of cooperation, the sheer joy shared by the people, and all amid destruction, chaos, and uncertainty. This unstained human spirit manifested in many ways. People sweeping the streets…children directing traffic…and an explosion of music and art unlike anything I have ever witnessed. From blues to country, heavy metal to hip hop, the Libyan youth defiantly came out in droves, and for the very first time, to express their newfound freedom through the powerful medium of music.

STRONGER THAN BULLETS is not just a study of a dazzling music bloom in the midst of a bloody revolution. It’s a rousing tale about a group of determined musicians who continued to play, armed with the unbridled joy of a liberated people, even in the direst of conditions. As slaves to the 24-hour sensationalist media culture, our worldviews are largely shaped by agendas that often highlight the differences between peoples, instead of their similarities. This is why I believe that STRONGER THAN BULLETS is such an important story to tell, for it bridges the vast gulfs between wildly different societies, and highlights the commonality found within them all. In addition, the documentary offers valuable insight into the unique conditions needed for counter-cultures to form, and to thrive. 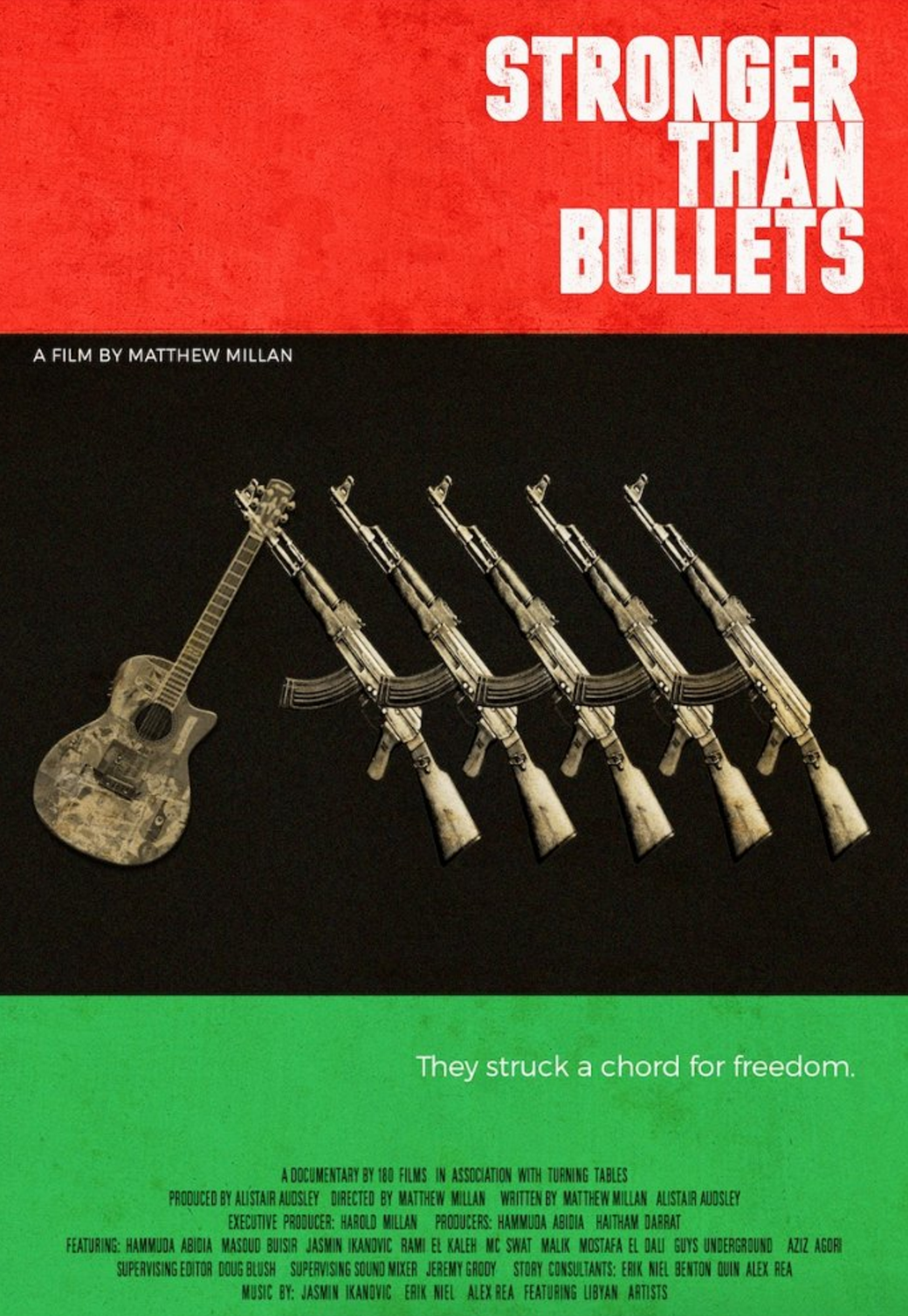