Jen Senko, a documentary filmmaker, looks at the rise of right-wing media through the lens of her WWII vet father who changed from a life-long, nonpolitical Democrat to an angry, right-wing fanatic after his discovery of talk radio on a lengthened commute to work. In trying to understand how this happened, she not only finds this to be a phenomenon, but also uncovers some of the forces behind it: a plan by Roger Ailes under Nixon to create a media for the GOP; the Lewis Powell Memo, urging business leaders to influence institutions of public opinion – especially the universities – the media and the courts; and under Reagan, the dismantling of the Fairness Doctrine – all of which helped to change the entire country’s direction and culture, misinformed millions, divided families and even the country itself. 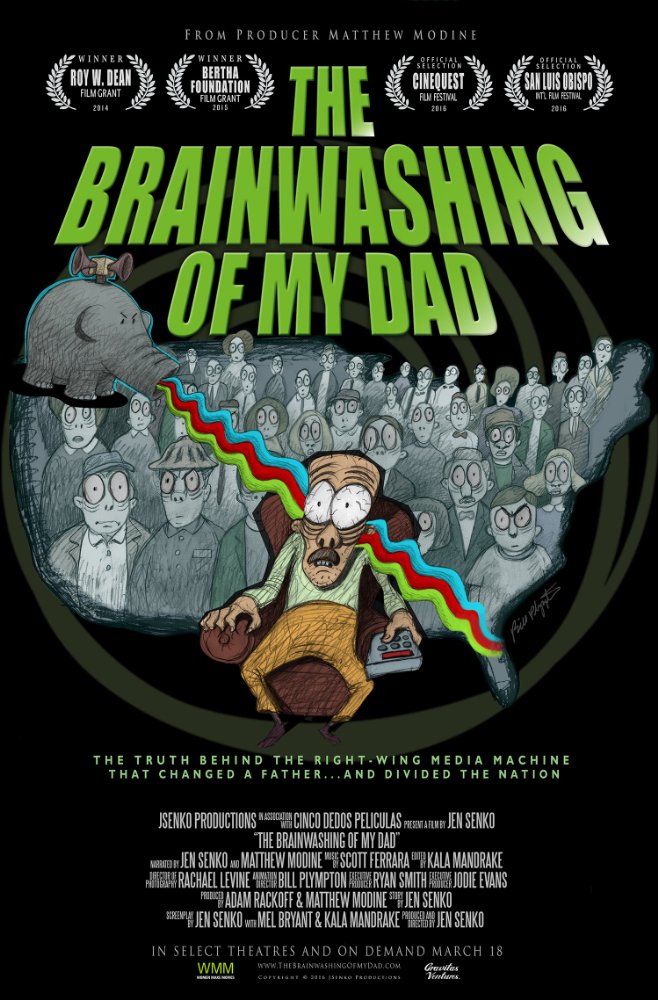