A young missionary women is sent to the Wild West in the 1800’s
She built schools, hospitals and stood up to Billy the Kid.

Shown with: The Lost Pueblo

Tomas is a native New Mexican who’s family is from Northern New Mexico. As a teen, he was introducted to the film industry in Albuquerque, NM. Tomas has 35 years in the Screen Actors Guild in stunts and acting. In 2013, he began directing and producing commercials for UNMH, CHI St. Joesph’s and Shamrock Foods. His company, Sanchez Films produced the award winning short film the “Lost Pueblo” ( Amazon Prime) which Tomas directed. In January 2023, his feature film “At The End of the Santa Fe Trail” will be released by Cinevision Global Inc., and California Pictures.

Now in 2023, He is currently working on American Genocide ” Blood State” 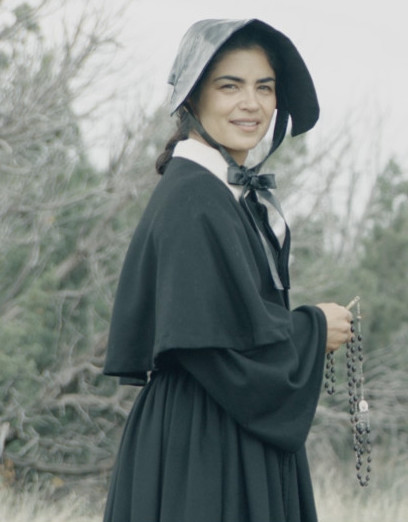