Synopsis: The Lower Rooms by Eliza Anderson was produced by Sowelu Theater and The Narrative in Portland, Oregon. The Portland premier at the Oregon Independent Film Festival won awards for Best Drama and Best Actor, Lobsang Tenzin. The story is of Tenzin, a Tibetan survivor of political torture in Portland, Oregon for rehabilitation. He comes to stay at the home of Madeline, a worker in the rehabilitation center. Finding himself home all day with Madeline’s teenage daughter Rosie, he becomes reluctantly embroiled in her angst, loneliness, invasive curiosity and dangerous game playing. When Rosie finds herself in danger after her boyfriend Benny becomes involved in a cult, she seeks desperate refuge from Tenzin. The two, forced together by an unusual bond created by life’s atrocities, open to one another for survival and healing. 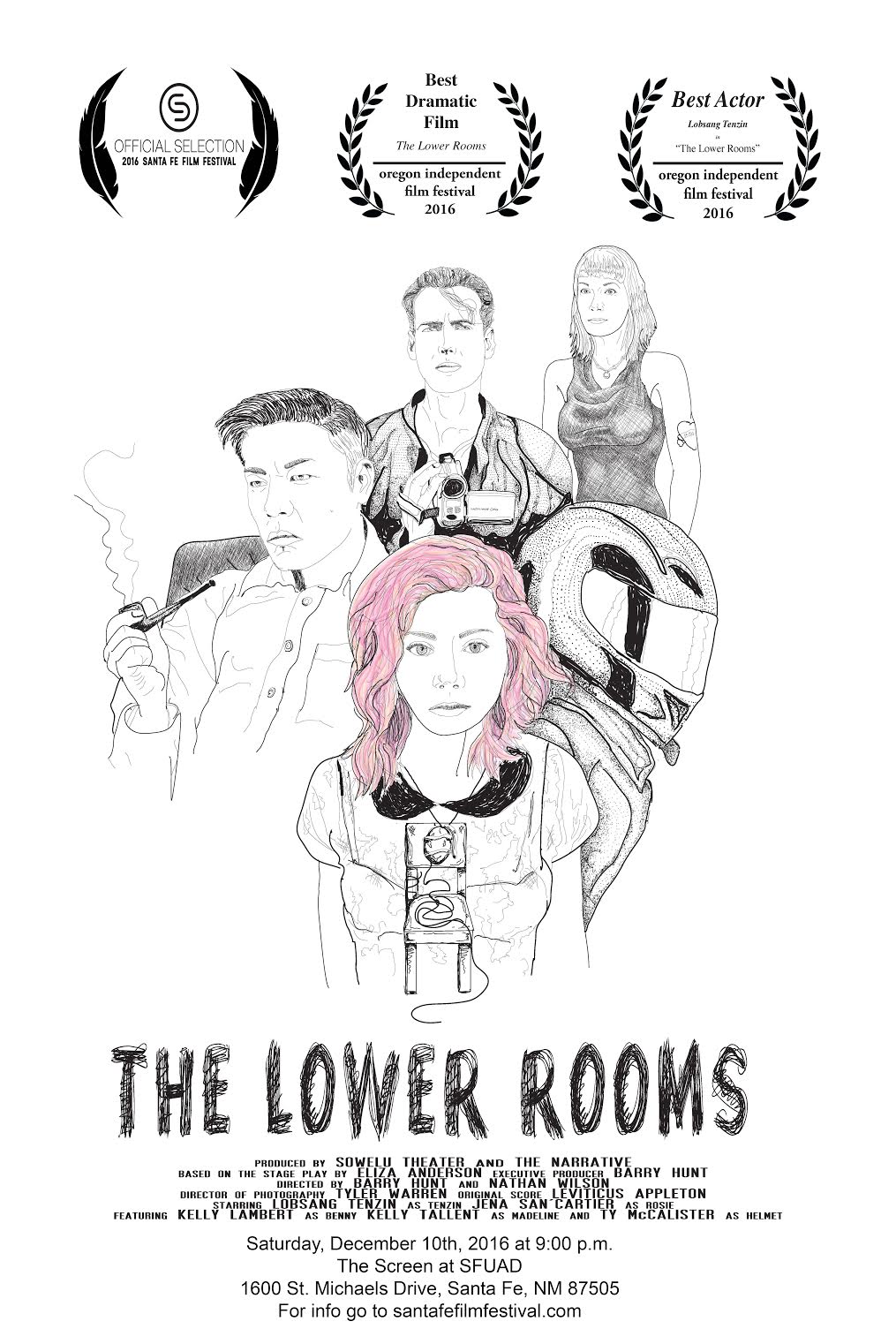