Riedel’s directorial debut offers an original spin on the seamy world of drug trafficking as 12-year old Fonsi creatively navigates a dysfunctional family, his bizarre and violent environment and yearns for a relationship with his estranged father.

In her directorial debut, the first female director from Guatemala, courageously reveals the real plague of Central American countries.

In Guatemala, anything can happen. CAPSULAS is a small film about a family’s search for love, that turns into a bitter and dangerous game. Guatemala is one of the most notorious drug trafficking corridors in the world. Capsulas forges deeply into the issues, touching on the affected communities at all levels of Central American society.

Victoria Riedel is an award-winning visual artist whose work has long addressed issues of justice. The mother of three children, Reidel’s passion and efforts resonate as the voice for the younger generation. Living in a violent environment with complex social issues Riedel responds by creating an ambitious and powerful film that leaves us with a message of hope for the next generation: our children. 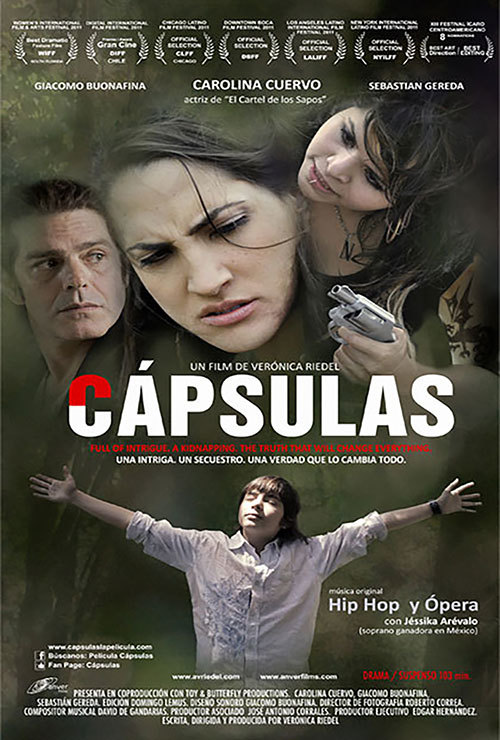