This 12 Angry Men-style story dramatically peels back the layers of the true circumstances surrounding a firing only to reveal deeper more troubling concerns festering in the petrie dish of workplace dynamics. “…Face to Face is that rare film which grabs a hold of you at the beginning and doesn’t let go till the end.” (Michael Moore)

Adapted and directed by Michael Rymer (Angel Baby) from Australia’s most acclaimed playwright, David Williamson’s play, ‘Face to Face’ is a moving and powerful new film about lies, betrayal, sex and bullying in the workplace. A young construction worker rams into the back of his boss’s Jaguar in a fit of anger at being sacked. Rather than fronting court, he’s given the chance to explain his actions in a community conference. This face-to-face confrontation between the young man, his boss, his boss’s wife, co-workers, best mate and mother lifts the lid not only on his dysfunctional life but on their workplace dirty laundry, turning all of their lives upside down. “Face To Face” stars a stellar ensemble cast led by Vince Colosimo, Sigrid Thornton and Luke Ford. -IMDB 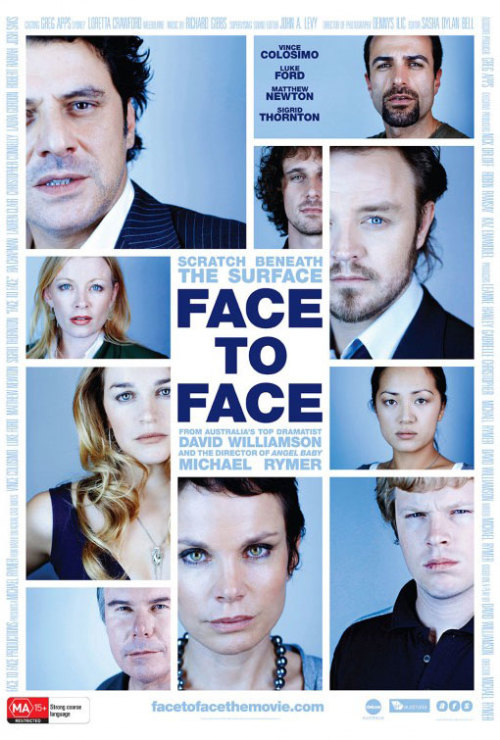