The veneration of the relics of Buddha’s body and the Buddhist saints that have followed in the footsteps of the Buddha has formed its core element, its practice, and dissemination. Narrated by Peter Coyote.

Set at an ancient nunnery above the majestic Irrawaddy River, A THOUSAND MOTHERS takes an unprecedented look at the lives of Buddhist nuns in Sagaing, Myanmar. While the choices available to girls and women in Myanmar are quite limited, this film poetically reveals the opportunities offered to them at the nunnery, and the deep grace and dignity of a life dedicated to service. In attendance: Director Kim Shelton

Here are 39 minutes well spent, a loving look at the austere lifestyle of Buddhist nuns in an ancient isolated convent in Myanmar. There, above the Irrawaddy River, they have left all the rest of the world behind. A hypnotic subject, to be sure, but the documentary itself is equally mesmerizing. Focusing on the children who live among the sisters, the film reveals dedicated hearts, souls, and bodies, living a quotidian life of chanting, laundry, school, chanting, gardening, sewing, chanting, cooking, playing, and chanting. These little girls could not be cuter, sweeter, or gigglier. Some have known since early childhood that they wanted to join the order. Some look to the abbess as their role model, and dedicate their lives to being just like her. And some will become the “disrobed,” the young women who leave the cloister to return to their villages and factory work. Interviews gently show, without anger, the gender inequality with the monks, asserting–however regretfully–that even in the 21st-c., a nunnery is still the best choice for a Burmese woman. –by Casey St. Charnez 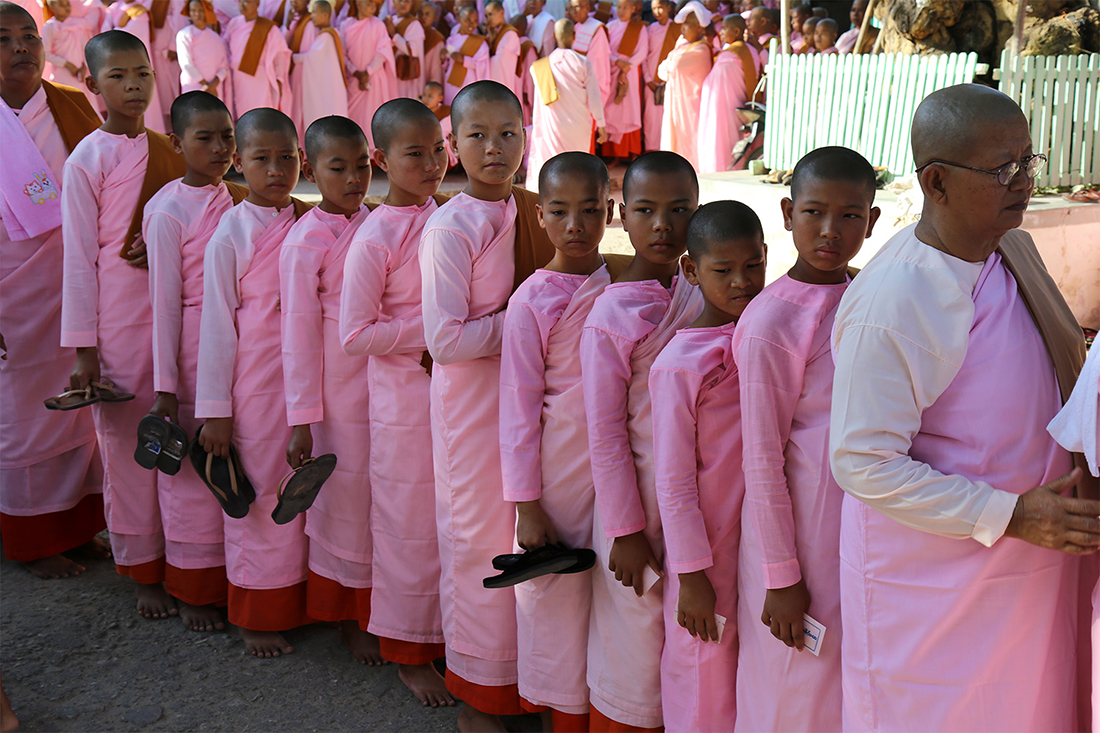