The FIPRESCI Critics’ prize-winner at Cannes tells the tale of a young African refugee thrown by fate into the path of Marcel Marx, a well-read bohemian who works as a shoe-shiner. With innate optimism and unwavering community support, Marcel stands up to officials doggedly pursuing the boy for deportation. “ …a master’s compassion for the marginalized and dispossessed, but with something richer and sweeter …” – Peter Bradshaw, The Guardian

The latest deadpan treat from Aki Kaurismäki (The Man Without a Past)was inspired, the director has said, by his desire to have been born a generation earlier, so that he could have witnessed the Resistance during World War II. Thus Le Havre abounds with sly references to classic Resistance dramas from Port of Shadows to Casablanca as it tells the whimsical tale of Marcel Marx (André Wilms), a noted Parisian author now living in self-imposed exile in the titular port city. Dividing most of his time between his neighborhood bar and caring for his bedridden wife (longtime Kaurismäki muse Kati Outinen), Marcel finds himself alive with a new sense of purpose when he comes to the aid of a young African on the run from immigration police and trying to reunite with his mother in London. Beautifully shot in Kaurismäki’s signature shades of muted blue, brown and green, with scene-stealing appearances by French New Wave icon Jean-Pierre Léaud and a dog named Laika, Le Havre is a gentle yet profound comedy of friendship, random acts of kindness and small acts of revolution. (New York Film Festival)

“Immigration is a hot button for us here in the US, and films that deal with the topic are as old as ‘talkies’ themselves. But the business of refugees in film is less specific, especially in the US where we prefer to call ours ‘illegal aliens.’ But in Europe and elsewhere, refugee films are becoming their own genre.” Read more… 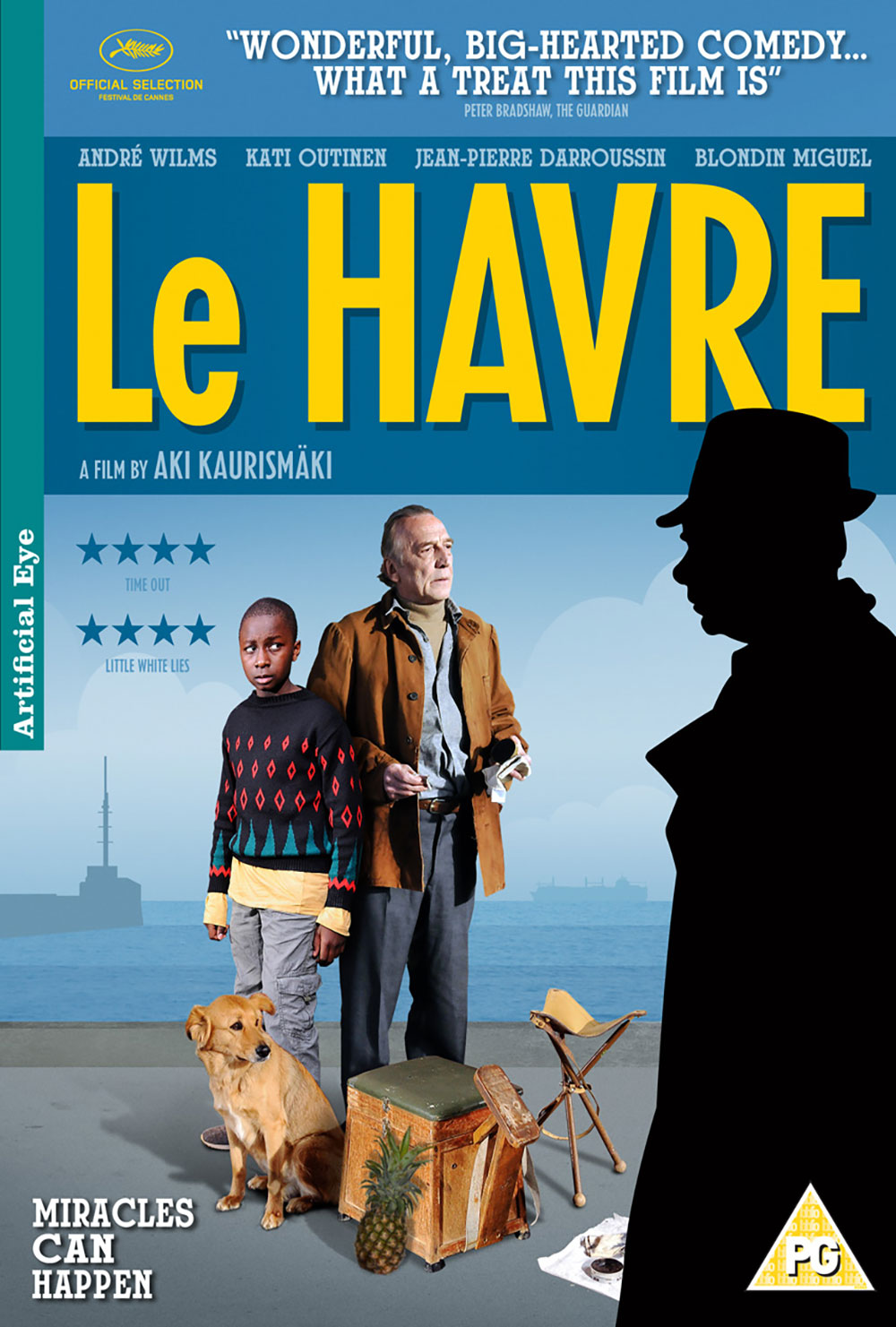