In 1970, a University of Texas English Professor traded his classroom for a barn in the country. He believed that Shakespeare was not meant to be studied in an academic setting— it was meant to be performed. TAKE PAINS. BE PERFECT. is an inspiring new film that explores the decades old tradition of Shakespeare at Winedale.

Through the multiple generations of alumni interviewed and the view into the immersive camp, the film reveals the profound influence of the unconventional teaching methods of Professor James “Doc” Ayres, which underscore the power of play to inspire self-discovery and cooperation with others. The film follows the students as they develop, test and transcend their sense of self through their exploration of Shakespearean characters.

TAKE PAINS. BE PERFECT. vividly captivates the wonder experienced by many of Doc’s students and illustrates the vitality and relevance of Shakespeare’s language, characters, and narrative to the lives of people of all ages.

Kristi has produced a multitude of creative projects. “The Secret Life of Lance Letscher,” a documentary she produced, premiered at the 2017 SXSW film festival. Other projects include feature documentary, “A Single Frame” which was honored at the Austin Film Festival and Santa Barbara International Film Festival and “Wrenched, The Legacy of The Monkey Wrench Gang,” garnering numerous festival awards and screening at Mountainfilm, Wild and Scenic, San Francisco Green Festival, American Conservation Film Festival, and many other festivals. Prior to producing documentaries, she was a commercial animation producer at the celebrated Celluloid Studios (where “South Park” began), working on iconic national commercials for top advertising agencies. 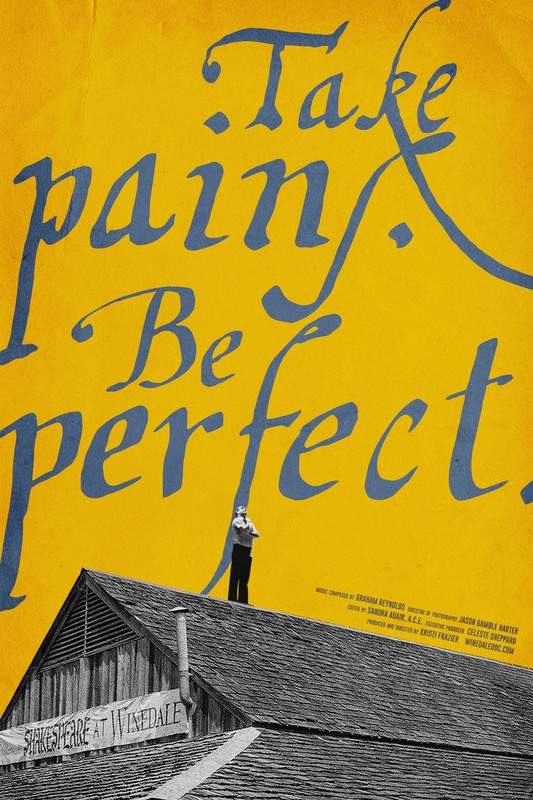