From the producer of the Emmy-nominated The Price of Everything, a film about who gets seen and who gets left behind in today’s seductive, secretive and unregulated art world. The film follows a diverse group of compelling young artists on the brink of unimaginable success or failure as they challenge systems, break barriers and risk it all with the goal of making it in an industry where all the rules are currently being rewritten.

Focusing on a diverse group of compelling young artists at pivotal moments in their careers, THE ART OF MAKING IT explores the forces that thrust some into the stratosphere while leaving others struggling to survive. Who gets seen, who gets left behind, and why does it matter who is anointed to tell the stories of our time? Interweaving the voices of creative luminaries and disruptors, the film is both a cautionary tale about what America stands to lose if we don’t rethink what we value and why and a love letter to those who persevere in their artistic practice in spite of the extraordinary odds of ever achieving commercial success.

An award-winning filmmaker, author, and curator, Kelcey received an MFA in Documentary Film from Stanford University. As a director, her short documentaries have screened at SXSW (Letter), Silverdocs AFI/Discovery Channel Film Festival (Gentle Creatures), and True/False (Ghost in the Material). As a producer, her feature documentary credits include Wonder Women! The Untold Story of American Superheroines (SXSW premiere, Independent Lens broadcast) and Words of Witness (Berlinale premiere, Al Jazeera America broadcast). Kelcey’s fiction has appeared in storySouth and Border Crossing; her art writing has been published by Hamptons Art Hub, Portray Magazine, and Salomon Contemporary, and her nonfiction has been published in New Voices from Stanford (Stanford University Press) and Persistence of Vision (Austin Film Society). Kelcey has lectured at Pratt, Barnard, The New School, and NYU Tisch. She also runs Iron Gate East, an exhibition series based in the Hamptons, inspired by her pioneering gallery, Iron Gate Studios, which she co-founded in Austin in 2003. 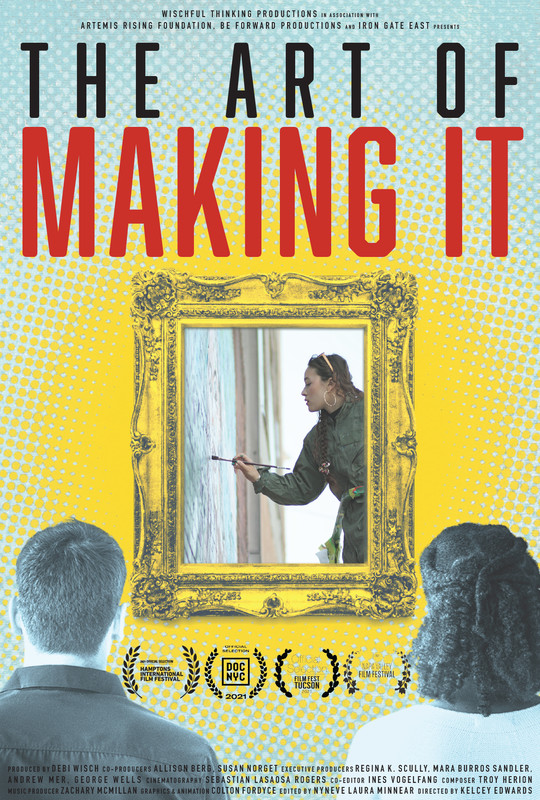